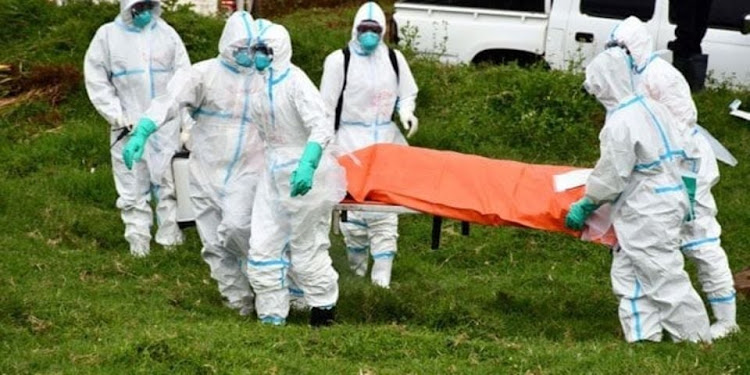 The ministry of Health has today declared Ebola free in Uganda. This is after it reached the end of active Ebola virus transmission.

The announcement was made by Health Minister Dr. Jane Ruth Aceng and confirmed by Yonas Tegegn Woldemariam, the World Health Organization (WHO) Country Representative in Uganda at an event held in Mubende district, the epicenter of the disease.

In her remarks, Minister Aceng has noted that some of the interventions made by government to contain the Ebola outbreak included  setting up an on-site Ebola testing laboratory in Mubende district, construction of 353 bed capacity treatment units in Mubende, Kassanda, Mulago hospital and at Entebbe, training health workers of different categories from both public and private facilities in infection prevention and control against Ebola.

Aceng says having spent two incubation cycles of 21 days each, making a total of 42 days yesterday 10th January 2023, since the discharge of last confirmed case on 30th November 2022, Having registered NO new Ebola case, despite sustained intense surveillance both at the epicentre districts and nationally, she therefore confirms  that all transmission chains have been fully interrupted and take this opportunity to declare that the outbreak is over, and Uganda is now free of active Ebola transmission.

A total of 143 confirmed cases of Ebola, with 22 probable cases, 55 deaths, and 87 recoveries have been registered in this outbreak.

The minister also said  enhanced surveillance system in all affected districts, daily follow up of all contacts in the affected districts, Ebola virus disease mortality surveillance, intensified awareness about Ebola Virus Disease and restriction of movements in and out of the two districts of Mubende and Kassanda, as well as quarantine of contacts for 21 days helped in containing the disease.

However, Aceng  rnoted  the source of this outbreak, like many others, is still not known.

Uganda now has entered a 90-day period of heightened surveillance aimed at preventing the disease from re-emerging.

Yonas Tegegn, the World Health Organization Representative in Uganda has congratulated Uganda on this milestone.

The World Health organization gave high priority to addressing Ebola outbreak in Uganda to avoid a repeat of what happened in West Africa and DRC where people died in thousands and economies devastated due to the disease.