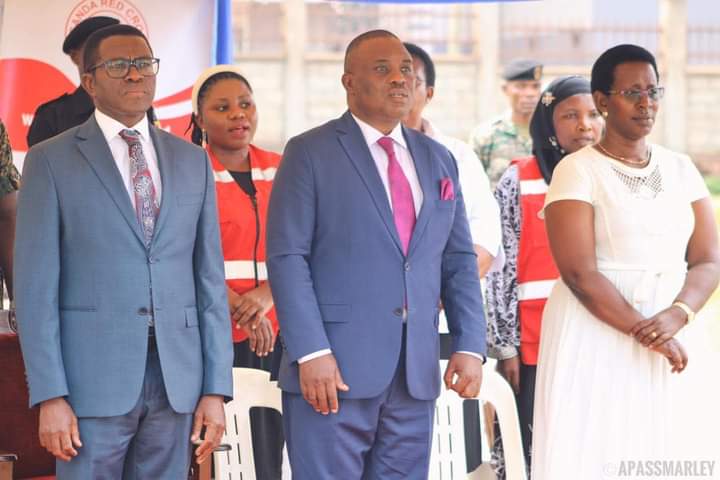 The  Katikiro of Buganda Charles Peter Mayiga is calling for an establishment of blood banks in different parts of the country.

Speaking during  adding  a blood donation camp in Old Kampala , the Katikiro pledged that Buganda will continue to cooperate unconditionally with central government on health issues.

He  appealed to  all Ugandans to work  in unity on matters of health,despite of the many differences of Political opinion,ethnicity and inequalities.

The Premier of the Kabaka Mutebi led  Kingdom and the   Lord Mayor of Kampala Erias Lukwago also  donated blood.

The Kampala Lord Mayor Erias Lukwago said  there is increased demand for blood in the City due to the numerous road accidents  with statistic indicating 10 deaths for every 100,000 people, with the crashes involving majorly Boda Bodas,Pedal cyclists and Pedestrians. 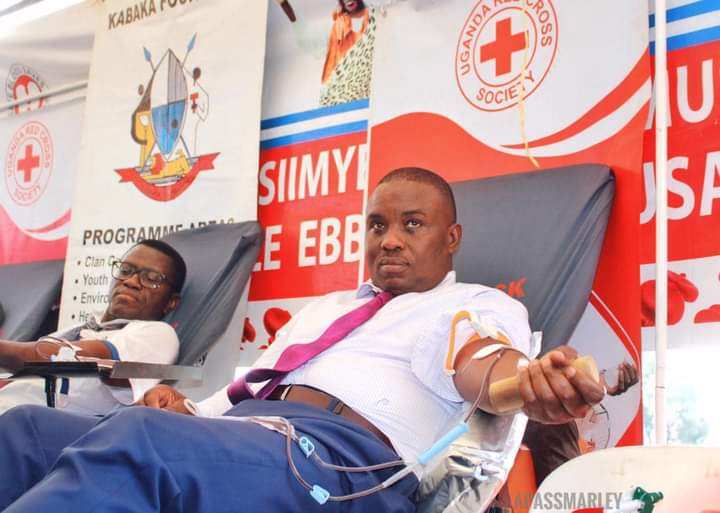 He reiterated his earlier call for phasing out of health Centre III  in the City since they are not in tandem with the City's Health demands, causing a lot laughter when he said that they may still be fit for villages like Kabonera which is Katikiro's rural village.

The Lord Mayor thanked the Boda Boda cyclists for turning out in numbers to donate blood saying,with the grim statistics of Road crashes involving Boda  Bodas they got limited choice.

He handed to the Katikiro a copy of each of  the Kampala Road safety report and strategy plan aimed at reducing road carnage  in the City.

The Permanent secretary Ministry of Health Dr.Diana Atwine said with the upsurge of Malaria in the Country and  reemergence of Black Water fever, blood is needed to prevent avoidable deaths and thanked all donors for their immeasurable contribution in saving lives.

The ongoing blood donation drive was  organized by the Kabaka Foundation and aims at collecting 50,000 units in 8 days.