Women should get more jobs in oil sector -Amongi 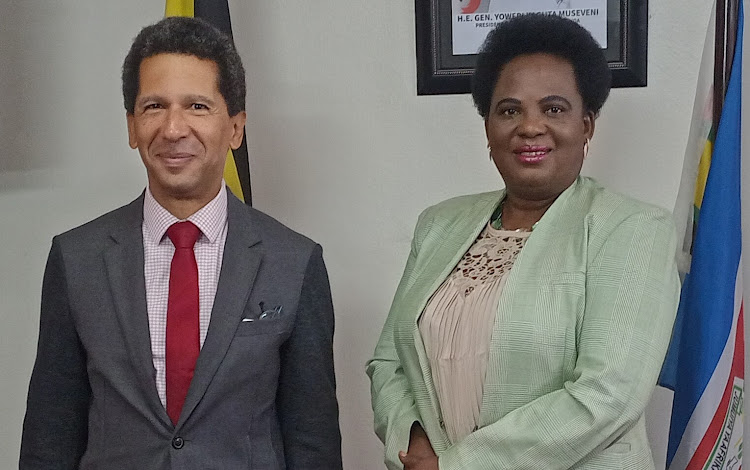 The Minister for Gender, Labour and Social Development, Hon. Amongi Betty Ongom, has vowed to ensure that women get a fair share of the jobs within the budding oil and gas sector.

While meeting the new French Ambassador to Uganda, Xavier Sticker minister Amongi  noted that legislation is already in place to safeguard job placements for Ugandans as a priority but also for women as a demographic.

“We have the Mining and Minerals Act, 2022, that requires licensees, contractors or subcontractors in the sector to give priority of employment to Ugandan citizens but also recruit, train and promote Ugandans taking into account gender and equity,”  she said.

For minister Amongi ,  it was important for the employers in the oil and gas sector to be equitable in allocating jobs to steer sustainable development.

“This is a very strategic requirement both nationally and globally because it empowers women to make contribution to the development of their country.”

The French Ambassador revealed that there were 38 French companies headquartered in Uganda with a host of others operating on the basis of projects and contracts.

He was glad to note that French companies including Total Energies were involved in Uganda’s growing  oil and gas sector and that technological and skills transfer was important to these companies as well as the empowerment of women and girls.

“When it comes to gender, we want to explore areas of cooperation in terms of promoting the rights of women, their employment and women economic empowerment,” Ambassador Sticker noted.

The Permanent Secretary in the ministry  Aggrey David Kibenge said attention was also being directed to young women and girls out of school to skill them for economic empowerment.

“We have established regional skilling centers for young people to empower them with competencies for improved livelihoods. However we need to equip them with the necessary tools to tap into the opportunities out there including in the oil and gas sector,” he stated.