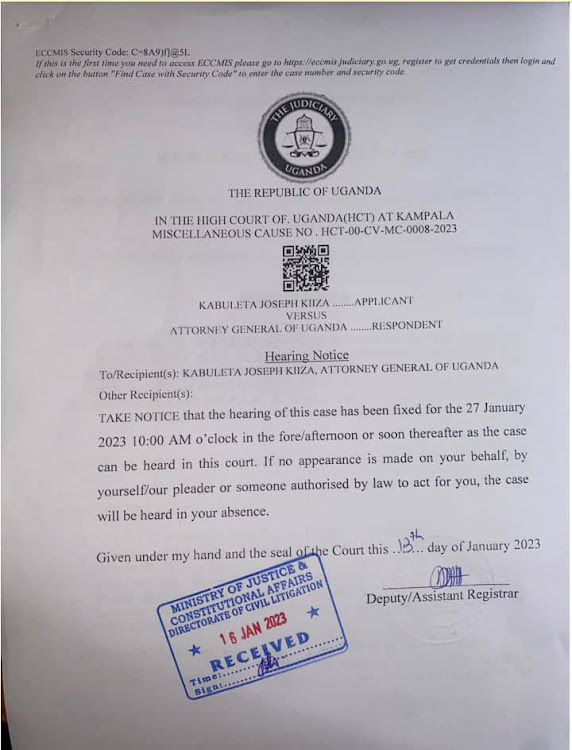 The President of the opposition National Economic Empowerment Dialogue-NEED, Joseph Kabuleta says all is set to pursue his case against the ruling NRM Government over the delayed justice to the 32 remanded National Unity Platform supporters.

These are tried in the Court Martial in Makindye. Prosecution alleges that between November 2020 and May 2021 in areas of Jinja, Mbale, Kireke, Nakulabye, Kawempe, Natete and Kampala central, the accused were found in illegal possession of 13 pieces of explosive devices which are ordinarily the monopoly of the Defence forces.

Speaking to the media at the party head offices in Bugolobi, Kabuleta, confirmed to have filed the case last week urging the high court to force the government release all the jailed political prisoners whom he says have no case to answer in the court martial.

He challenges the government to follow the constitution and provide justice to the families of the 32 people who have spent more than one year on remand or else declare that Uganda is a lawless state.

The hearing commences on 27th January at High Court in Kampala.

Kabuleta made a decision to drag the Attorney General to Court accusing him of failing to render legal advise to the General Court Martial to correctly apply relevant sections of the UPDF Act (2005) in the performance of its work.

Kabuleta therefore wants court to declare that the continued detention and the on-going trial of the 32 suspects is illegal and they should be immediately and unconditionally set free as their release is overdue since  the 14th, August 2021 upon the expiry of the 90 days after their arrest in may 2021.