A section of 160 m on Masaka-Bukakata-Lambu road construction has been left out by the Arab contractors Osman Ahmed Osman an Egyptian company.

According to Mustapher Elsaka, project manager, the section has two shipwrecks which sunk in the grounds back in the 1960s and removing it has become the major obstacle.It is said that the two ships were belonging to Uganda government and later sold to a one Hood Senkubuge in 2011 and as he attempted to uproot it, the communities around the areas couldn't allow him because it had turned into a bridge connecting mainland to islands.

Mustapher says the construction company attempted to hire a special firm from china to remove it, unfortunately the 3 billion shillings the company asked to execute the work was far above their expectation.According to Alfred Tugume, the contract manager, Uganda National Roads Authority is currently making reviews to address this challenge. 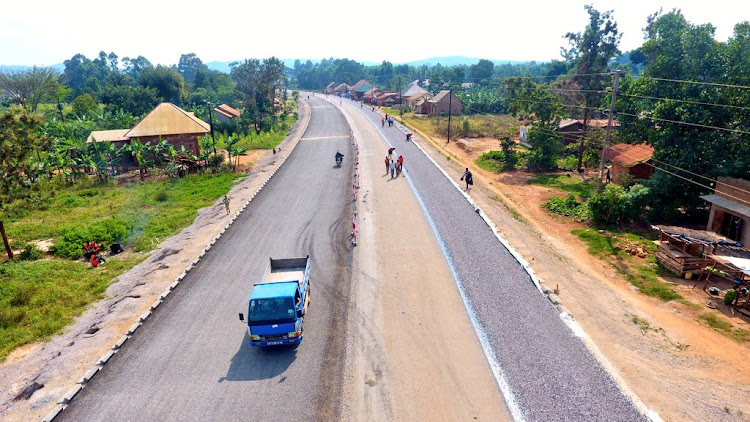 The 40km Masaka-Bukakata-Lambu road construction commenced in 2019 and was fully funded by the government of Uganda with 165 billion shillings.