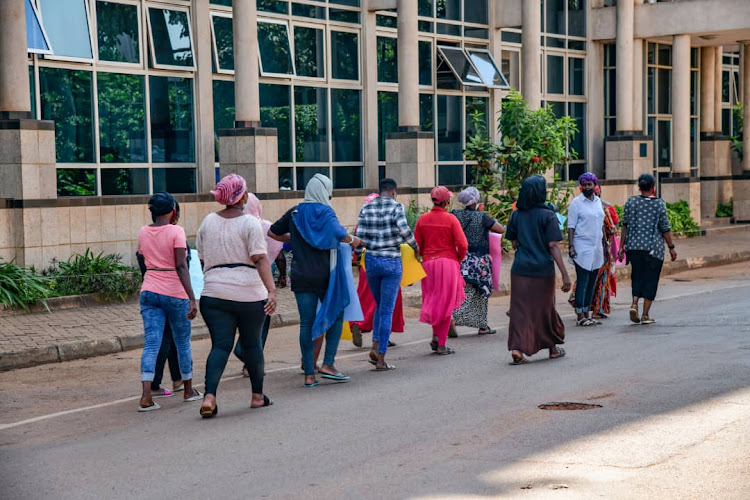 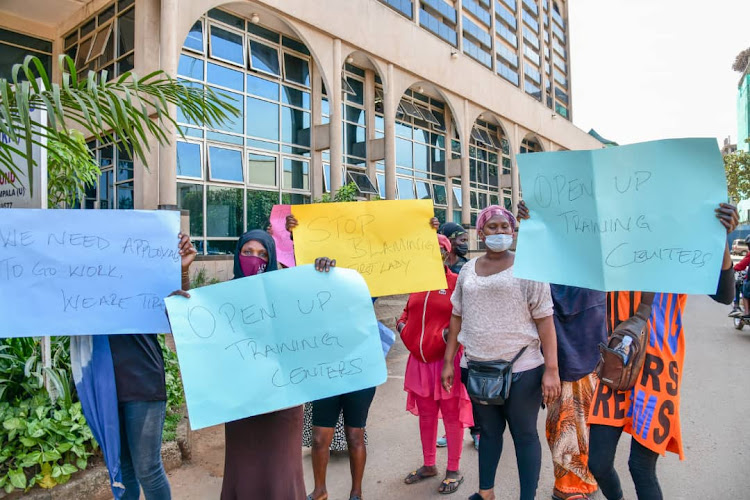 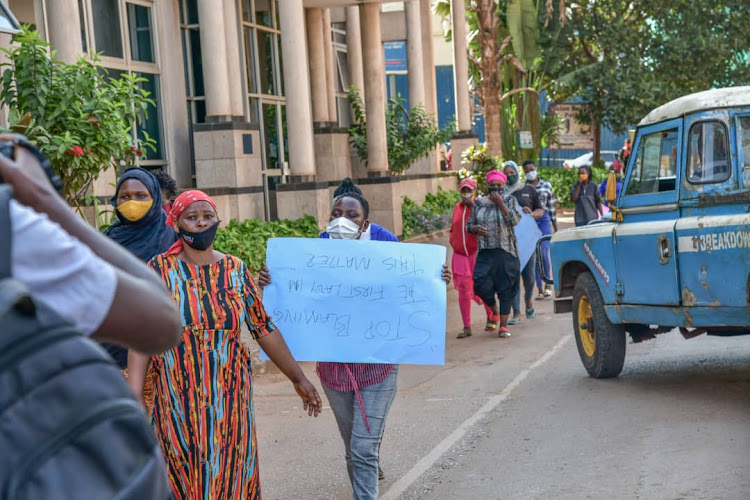 A group of young women-house helpers have today stormed the offices of the Ministry of Gender, Labour and Social Development demanding the ministry to open the training centers which trains and recommend them to abroad for work.

The angry group says, the ministry of gender has failed to engage the National task force against the spread of COVID-19 to have the training centers open under strict Standard Operating Procedures.

According to them, despite the fact that the President opened the airport to resume, the labor recruitment companies cannot fly them abroad for work due to lack of recommendation letters from the training centers."We have done many interviews with these companies, paid them money for requirements unfortunately, the Ministry of Gender is making us stranded, they said.

The group with placards was blocked from entering the offices saying the ministry of health is doing a disservice to them hence asking immediate intervention from the President Yoweri Kaguta and Janet Kataha to have the matter sorted.

This is not the only group to come out and complain on this mater, the Uganda hustlers association and poor youth movement have on several occasions complained about the ministry's delays to handle these issues but nothing has been worked upon. 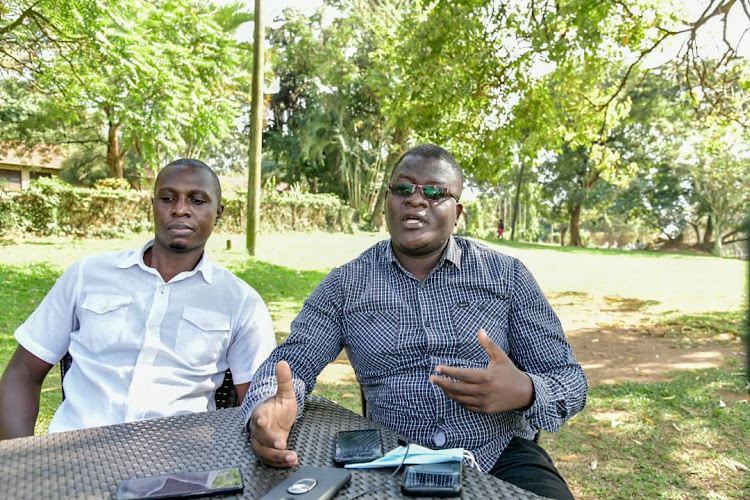 According to Ssempala Yazidi a spokes person of Uganda Hustlers Association and poor youth movement and Ssali Babu, the legal advisor of the association, sources from some labor recruitment companies say over 10,000 young women and men are stranded to go abroad for work due to the continued closure of training centers.

The training centers were established by the government to have these people trained before they go abroad for work and after getting trained, the center writes to the Ministry of Gender confirming those trained and eligible to travel.