Justice Zeija ruled that their affidavits were unlawful. 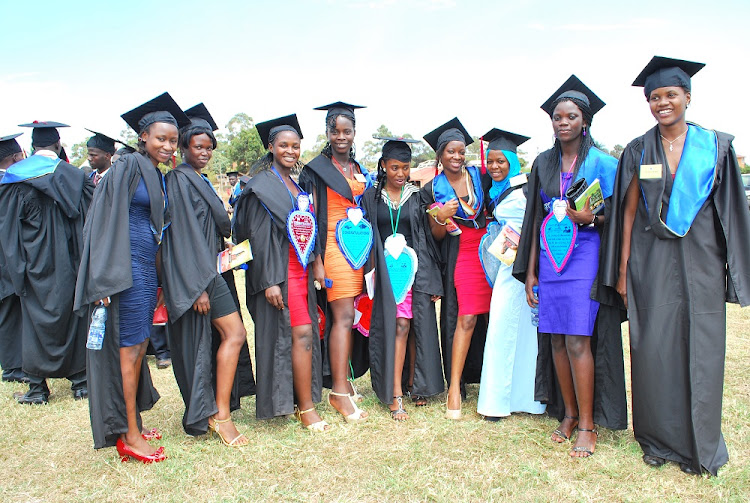 Kampala High Court Justice, Dr. Flavian Zeija has dismissed an application filed by a group of  Kyambogo University students who petitioned the High Court seeking an interim injunction against the scheduled  17th graduation ceremony due to take place on the 21st of September.

A group of  45 students had accused the University of deliberately eliminating their names from the list of those due to graduate.

However, Justice Zeija ruled that students swore affidavits accompanying their petition without following the law .

The  said affidavits were sworn without the presence of the of the  commissioner of oaths as required.

One of the aggrieved student, Sensala Regan Francis who is due to graduate with a bachelors in Chemical Engineering said that they deserved to be on the graduation list since they cleared with all heads of departments and all exam coordinators yet their names were missing on the list.

The University students claimed that the incompetence of the University should not be their problem  since they studied and met all the requirements.They accused the University Dean of telling them that they will not graduate this year, forcing them to seek court intervention

Their Lawyer Bwire Ronald had sought  Court to stop the coming Graduation ceremony until, the University sorted out the graduation list so that all students who are eligible for graduation are not left behind.

He had argued that the student must be give  an opportunity to explain themselves, since evidence shows that they did pass the exams and some are due to graduate with first class.

Kyambogo university was accused  of failing to compile a proper graduation list and coming up with an incomplete list due to its  failure to do proper administration.

" My Client's future will be affected especially when  it comes to employment opportunities because they can not seek employment anywhere  if they do not graduate" Lawyer Bwire stated.

Court clarified that they will investigate the alleged issue and if it is discovered that the students did pass their exams, but their names were excluded, then, it will order the University to hold an impromptu graduation ceremony for the affected students and also have the university compensate them.

Either way, the affected students will receive justice since they did pass their exams but the University unlawfully excluded them from those due to graduate starting next week on Tuesday.