The first Chief Justice of Uganda was murdered by President Idi Amin.

Judiciary To Honor the Benedicto Kiwanuka Day on 27th. 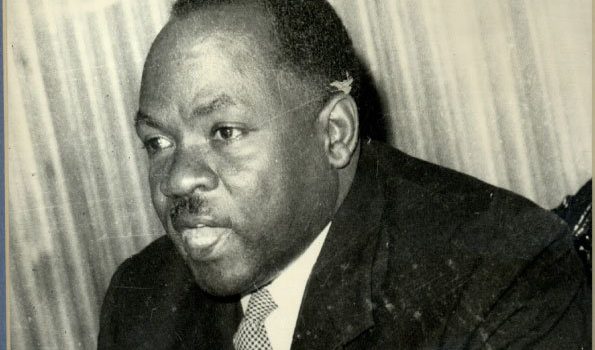 The Judiciary says it will commemorate this year’s  Benedicto Kiwanuka Memorial day on the 27th of this month seven days later due to unavoidable circumstances.

The Annual Event is  held every 21st of September  at the High Court Headquarters in Kampala but in  a statement released by the Chief Registrar Sarah Langa Siu, the celebration will be held scientifically, with a few guests invited to attend personally in adherence to the Standard Operating Procedures to combat the spread of  Covid-19.

Today marks 49 years since Justice Benedicto  was abducted by soldiers of President Idi Amin Dada and disappeared since then.

The day is commemorated with a lecture  and the judiciary will adjourn all court matters.

The first memorial lecture  was held  on the 21st of September 2018 to honour the first chief justice whose whereabouts still remains a mystery  almost 50 years since he was  picked from his Chambers  on the 21st of September 1972 by  soldiers of the then President Idi Amin Dada  and taken to Makindye military barracks were he is believed to have been  murdered from.

The event is always attended by judicial officers,the family of the late Kiwanuka and the legal fraternity to honour the man who is described as selfless and an uncompromising leader.

Speaking at the first memorial lecture, three times former chief justice Samuel W. Wako Wambuzi  said that if justice Kiwanuka was still alive, he would have decried the deteriorating constitutionalism in Uganda including the failure to respect court orders, invasion of courts by mobs and called upon the state actors to stop the ongoing impunity in the country.

According to justice Wambuzi who worked with justice Kiwanuka at the high court then, his colleague might have been killed because he was not supporting President Amin's dictatorship.

He also revealed that on that fateful day, he reached at the high  court and was greeted by a somber mood and when he inquired, he was informed  that security  operatives had taken the chief justice to unknown location over unclear matters.

Idi Amin had set free Justice Kiwanuka when he took over power after he was imprisoned by the then President Milton Obote.

Speaking on the same function, former chief justice Bart Katureebe noted that Justice Kiwanuka's legacy should always remind  the country that incidents like invasion of the court premises to arrest suspects, disobedience of court orders among other vices, could see the country slide into its dark days.