Political Rival anx last in the Race challenged his Victory. 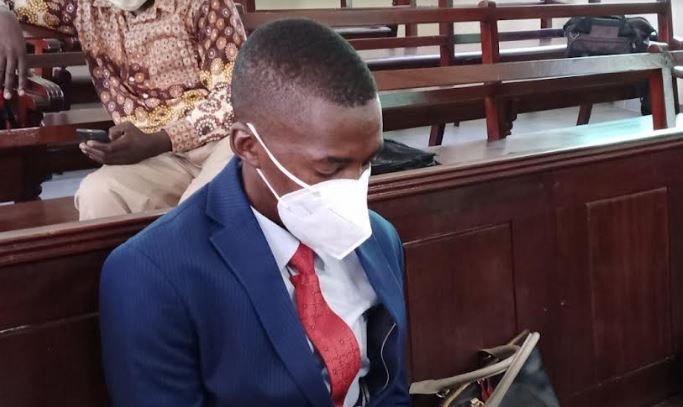 Justice Nabisinde ruled that despite, Lubadde alleging that the MP doesn't have academic qualifications and used someone's papers for nomination and subsequent Election,  he did not provide any DNA to prove  his allegations.

Justice Nabisinde further ruled that the Army had not  come forward to complain that MP Nsubuga attained the scholarship meant for children of Soldiers despite allegedly not being a child of a soldier.

Lubadde has now been ordered to pay costs of the suit to MP Nsubuga.

Lubadde had accused Nsubuga of having no academic transcripts to stand as an MP, however,  during hearing of the case, Hon.Nsubuga's mother and Headmaster at Ssentema primary School  testified  on his Parentage and academic qualifications in relation to the discrepancies in his names.

Lubadde,  who only managed to pull  199 votes against Nsubuga's 21400 votes, wanted  court to nullify Nsubuga's victory accusing him of forging the academic qualifications that he submitted before the Electoral commission for Nomination.

He claimed  that  the MP's real name was Mukalazi Peter a son of the late Mathias Kibuuka and Agnes Nabawanuka of Kakooge village, Ssentema Parish, Kakiri Subcounty Wakiso District.

Lubadde further contended that under unknown circumstances, Mukalazi whom he knows very well took on the name of his uncle Paul Nsubuga who is a son to Joseph Musoke and Specioza Lunkuse.

However, in his defense, Nsubuga said  that he was indeed born and baptized as Mukalazi Peter  and was known  as the son of the late Mathias Kibuuka and Agnes Nabawanuka.

Through his lawyers of Lukwago and Company,  Nsubuga stated that he used Peter Mukalazi for his PLE in the year 2002 at Bukerere St Charles Lwanga but after completing PLE, his mother revealed to him that his biological father was a soldier in UPDF called  Charles Mbabali and upon meeting him,  the late Mbabali  named him Nsubuga Paul.

He said  that upon being given the new name by his real father, he dropped Peter Mukalazi and also resat his PLE under his new name Paul Nsubuga.

According to an affidavit sworn in by Nsubuga's mother, Agnes claims that she married Kibuuka while pregnant with Mbabali's baby who was a cousin brother to Kibuuka and that she hid the truth until Mbabali had died to reveal it to her son to avoid family conflicts .