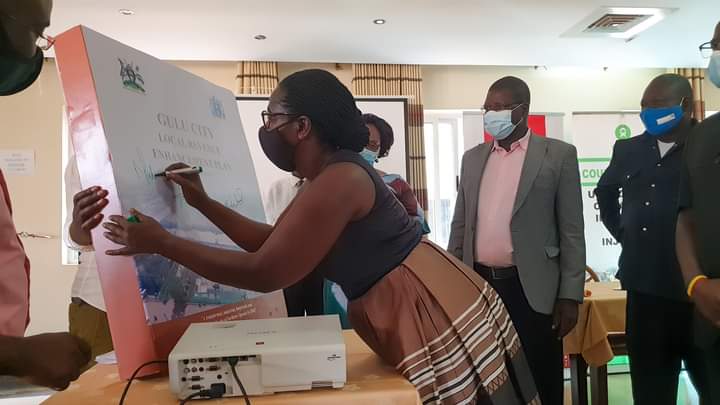 SEATINI Uganda in partnership with Oxfam in Uganda have launched the Gulu City Council Local Revenue Enhancement Plan (LREP), a tool aimed at guiding local revenue collection and mobilization for the city for the next five years (2021/2022 – 2025/2026).

The official launch of the LREP that took place at Bomah Hotel, Gulu District brought together Gulu City Council Officials, representatives of Civil Society Organizations and the media.

In his remarks, Mr. Okwonga Alfred the Gulu City Council Mayor noted that the LREP was developed through a highly consultative process to transform how the authority generates local revenue, funds development and continues to grow the City in a responsible way.  He added that the City is on the right path to becoming a model City in Uganda.

During her remarks, Ms. Jane Nalunga, the Executive Director, SEATINI Uganda congratulated Gulu City for reaching this milestone. She also emphasized the need for monitoring and ensuring that the revenue targets set within the plan are achieved at the end of the 5 years.

Mr. Odokorach S. Francis, the Country Director at Oxfam in Uganda emphasized that Oxfam is deliberate about reducing extreme inequalities among the population.