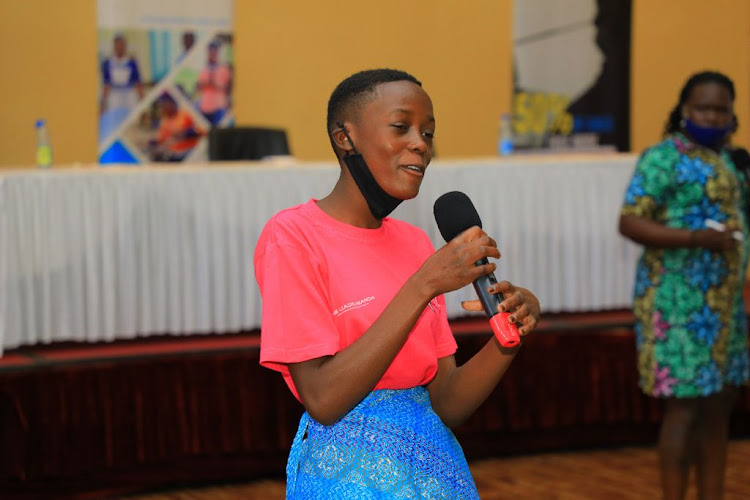 Habena Betty a senior four student from Bugiri district is among the so many girls from the rural areas who cannot afford to learn online because of misconception by parents and lack of data to access the internet.

Speaking during a national dialogue for the girls ahead of the celebrations for the International day happening today the 11th of October, Habena said that it would be their wish to attain digital tools such as smartphones and laptops to learn online like children in urban areas during this time when schools are closed, but many parents think that they are the root causes of girls dropping out of schools.

`` In my village, if a girl of my age has a phone they see her as someone who is spoilt and disrespected’’ say Habena

On behalf of other rural girls, Habena asked the government to sensitize their parents on why a girl child should access a smartphone and even protect them from cyber harassment.

Habena says that apart from the parents denying them a chance to access phones even it’s hard for them to access data to be able to use the internet.

She has also asked Government to create a number of E-learning centers in the rural areas so that those girls deep in villages can also access the internet.

Speaking at the dialogue, the country director Terre des Hommes Netherlands Uganda, Ayesiga James said that due to an increase in internet usage in the country, cybercrime and bullying are going to increase which is very dangerous to the children. He adds that because they are all kinds of people online who will try to expose them to pornography and recruit them into sexual acts and divert them from what has taken them online. 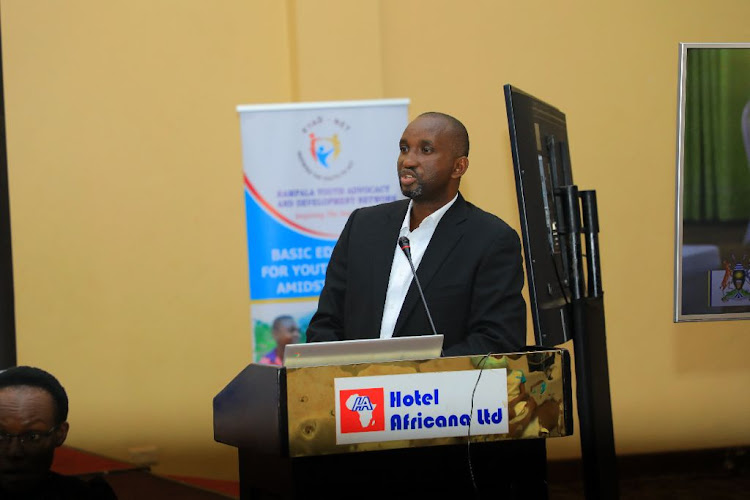 AYESIGA JAMES SPEAKING AT THE NATIONAL DIALOGUE FOR GIRLS .

He now asks the Government to put in place measures that will prevent such harassment, especially to children.

Ayesiga said Government should have the ability to monitor the sites being accessed by children especially education sites to prevent people with bad intentions.

The theme for the international day of the girl child is the digital generation’’.

Ayesiga says the country has a responsibility to make a generation that does not harm children as the theme for the day suggests.

The commissioner for children and youth affairs in the ministry of gender and social development  Mondo Kyateka said children cannot be banned from accessing information online because of cyber harassment but encouraged them to always report the source of bad acts posted on digital spaces.