DP reluctant to join Besigye in the new pressure group 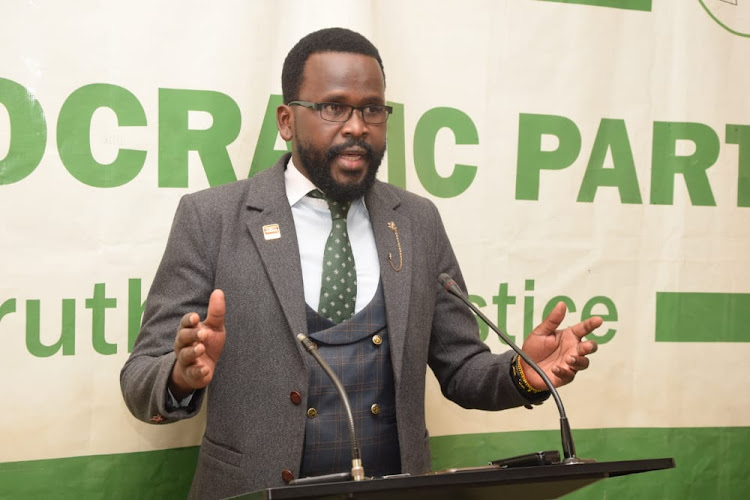 The opposition Democratic Party has revealed that they are reluctant to join efforts with Dr Kiiza Besigye in his new coalition of the People's Front for Transition because they believe that meaningful coalitions must not be built on flimsy grounds.

Last week several opposition Political parties which include JEEMA, FDC, Conservative Party of Kenny Lukyamuzi, DP Bloc led by Lubega Mukaku, SDP of Mike Mabike, UPC faction of Peter Walubiri, PSP of former Presidential Candidate Elton Joseph Mabirizi and PPP of Sadam Ggayira joined hands to form the new coalition of Peoples Front for Transition through which they will base to liberate the country.

However while addressing the media at Party Headquarters in Kampala, Opio Okolar the Democratic Party spokesperson noted that even though they strongly believe in working together, there needs to be exclusive consultations on how to work together as change seekers because there are many unresolved issues. Opio Okolar noted that they needed time to discuss about the new coalition and it's objective other than driving it on their on way.

Meanwhile Opio Okolar argued that government should not merely talk about investing in agriculture but rather invest heavily into the sector because it will drive the 80% of the population into commercial and modern farming which shall cause economic empowerment to them.