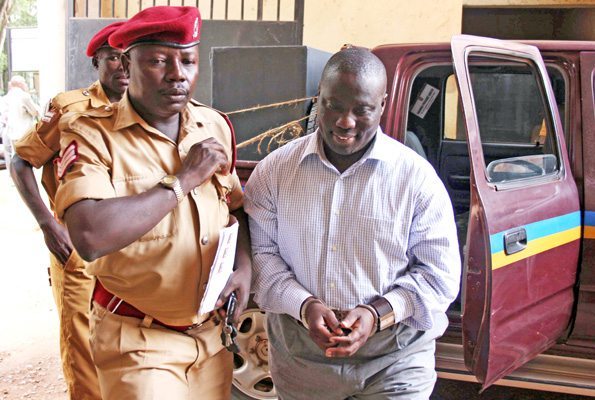 Supreme Court has concluded hearing an appeal filed by the troubled and jailed former principal accountant in the Office of the Prime Minister Godfrey Kazinda in which he is challenging an Appeal by the Director of Public Prosecutions against a Constitutional Judgement that dropped all corruption and abuse of office charges against him and ordered for his immediate release.

On the 7th of August 2020, the constitutional court ordered that all charges pending against Kazinda  in relation to his corruption and abuse of office  charges since 2012 over Embezzlement of refugee funds , be dropped and Kazinda freed,  but the  Director of Public Prosecutions appealed the said Constitutional Court ruling and Kazinda is currently serving a 15 year jail sentence after being convicted on the charge of illicit enrichment in November 2020 by the anti corruption court, but all related to the same charges that he has since served term.

In 2014 Kazinda  filed a constitutional petition alleging that section 29, 30 and 59 of the trial on indictment articles 89, 90, and 91 of the magistrates courts act contravenes articles 28(9) of the constitution and prayed for declaration to that effect.

Two  Justices of the constitutional court led by justice  Kenneth Kakuru and Ezekiel Muhanguzi were in agreement with Kazinda and dismissed any more proceedings  against Kazinda over the same charges on grounds that he can not be prosecuted over the same charge after being tried, convicted, sentenced and served his sentence.

And in September this year, Kazinda was again sentenced  to more 40 years in Prison over the same served offences.

Kazinda was also barred from holding a public office for a period 10 years from today.

He was found guilty of forging the then Permanent Secretary Pius Bigirimana's signitutres,  conspiring to cause financial loss and  abuse of office among others.

In February this year, the Director of Public   prosecutions  started reinstating corruption charges against t Kazinda despite a constitutional rulling that stayed all pending charges against Kazinda in relation to his 2012 financial abuse and Embezzlement charges.

Kazinda was arrested in 2012 and charged before  the anti-corruption court with corruption related charges which included embezzlement, causing financial loss, forgery and abuse of office.

He has been in luzira prison since 2013 when he was convicted on unlawfully possessing government stores and sentenced to five years and despite finishing  the said sentence he is still held in prison due to pending charges that continue to be brought against him by the state.

Seven justices of the Supreme Court led by chief Justice Alifonse Owinyi Dollo said that they will deliver their rullinc on notice.