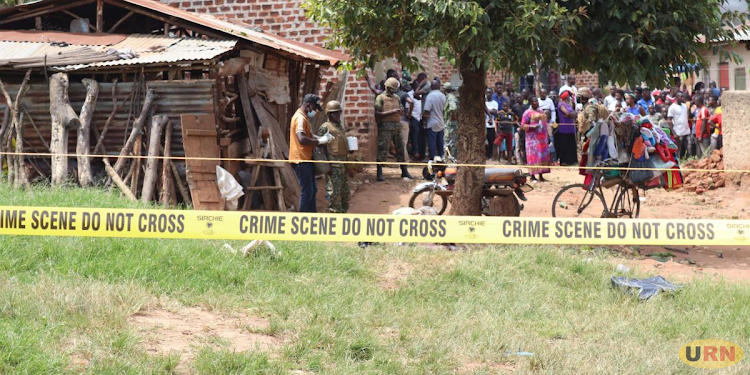 One person has died on spot in grenade explosion and , two others were rushed to Nakaseke hospital for treatment

The deceased has been identified as Mandela Alfred 24 years while those undergoing treatment are  Anthony Asiimwe  and Tukwasibwe Nelson all residents of Kapeeka central village, Kapeeka subcounty in Nakaseke district.

According to Isa Ssemogerere Savannah region police spokesman the incident occurred Thursday afternoon  at the home of Mr. Robert Tumwete, a scrap business dealer in  Kapeeka who is on run. It’s alleged that the deceased had collected scrap objects containing an  unexplored Explosive ordinance from an unknown place.

Ssemogerere says the preliminary finding indicates that the deceased was hitting the  ordinance which exploded and killed him instantly.

Moses Ssenfuma the LCIII Chairperson of Kapeeka sub-county says that it believed the unexploded bombs could have been left behind by fighters of the National Resistance Army during 1981-1986 or trainers at Peace Support Operations centre at Singo Military Barracks.

The bomb experts  picked two devices that were suspected to be bombs and wrapped them in polythene bags as exhibits.