Four Somali nationals arrested with suspected bomb in their car 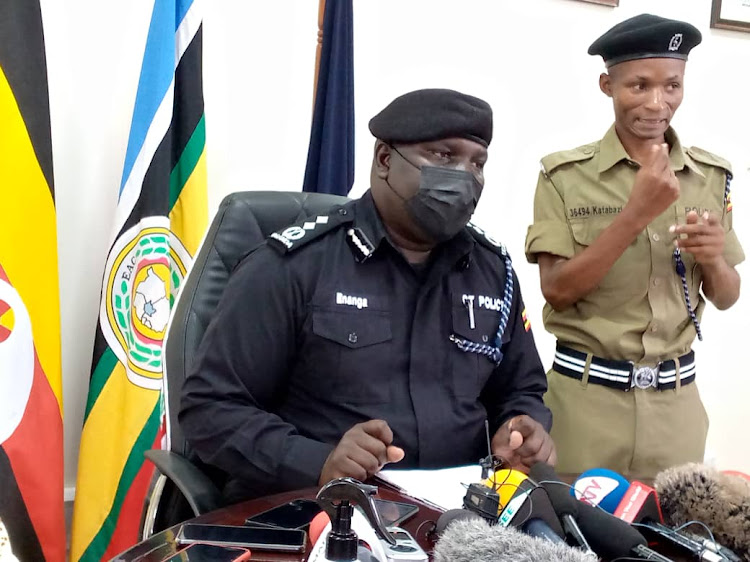 The joint anti-terror security agencies have detained  four Somali nationals  who were found  in possession of  a suspected bomb  device while trying to access Speke Resort Hotel Munyonyo in the suburbs of Kampala.

The device was found hidden in the car, by a police officer during a search of the vehicle Toyota Wish  Registration number UBF 158C as it entered the premises of the resort.

The special hire driver of the vehicle, a Somali national identified as Abudul Karim Moyo  was immediately arrested.

Fred Enanga the police spokesperson says upon interrogation Karim Moyo told police that he had been hired by his friend identified as Muhammad Hassan to pick his mother and children from the Hotel .

Enanga said Hassan was also picked up by police together with  his associate  identified as Azir Yasin Hussein and an unnamed 20 year  old girl.

Security  agencies have  intensified operations along the Uganda - DR Congo Border to prevent illegal entries in the country after arresting some ADF elements who entered the country disguised as refugees taking advantage of the conflict in Eastern Cong.

He maintains that  security agencies are not arresting people because of their religious beliefs,   but the intelligence-led operations  are only targeting  persons connected to ADF.

Police  invaded a home of Sheikh Lwangabo who is currently on the run at Kasengejje in Wakiso district where they rescued 22 children and arrested two people ; Ssewakiryanga Ismail and Kaijja Ismail who were in the home.

He says intelligence also carried out operations in Luwero, Wakiso, Ntoroko, Bundibugyo, and Kasese where they recovered materials already assembled and from these camps they discovered that some young children had been taken away to unknown destinations.