The minister of state for international affairs Henry Okello Oryem has defended the construction of a school in Tanzania by president Yoweri Museveni  saying this was a token of appreciation from Uganda for  the cost incurred by the Tanzanians defense forces TDF to topple President Iddi Amin Dada government in 1979.

He  revealed that the government of Uganda will continue to build more schools in Tanzania given the fact that it was the TDF that helped Uganda regain her freedom from the ruthless regime of Amin. 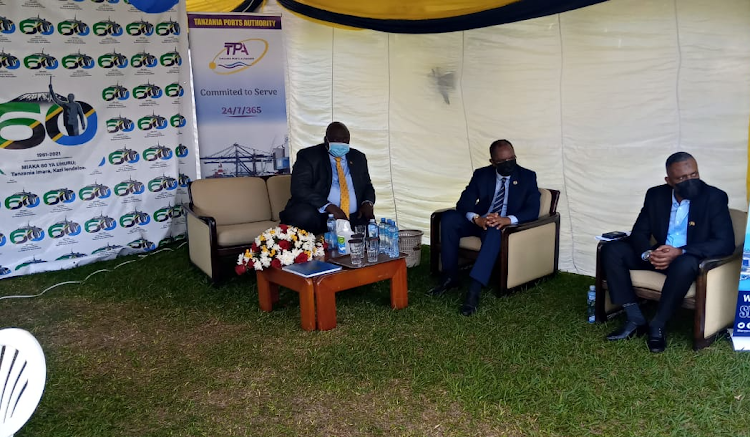 Okello Oryem made the remarks while opening an exhibition to mark 60 years of independence of mainland Tanzania organised at the Tanzania's high commission in Kampala where he lashed out  at people  criticizing the gesture of building a school in Tanzania  calling them ignorant about the relationship between the two countries.

The Tanzanian High Commissioner to Uganda Dr Azizi Mulima applauded the government of Uganda for cementing the relationship with Tanzania which has seen Uganda and Tanzania working together to have the East Africa  Crude Oil Pipeline EACOP.

He noted that the three day exhibition seeks to further cement  trade ties between the two countries where different institutions, companies, SMEs will showcase and promote their products and establish contact for future business and tap into abundant opportunities available in Uganda and Tanzania .

Dr Mulima noted that Tanzania  enjoys diplomatic and bilateral ties with Uganda and it’s upon the citizens of both countries to utilize these ties and deepen their businesses  through their companies like Tanzania Ports Authority among others.

Ugandan traders have been implored to consider using Tanzania ports for imports given the fact that the Tanzania Ports Authority has been proved to be efficient in terms of costs and management of Cargo.

According to Arnold Tarimo the Marketing Officer Tanzania Ports Authority, the bilateral relations between Uganda and Tanzania have enabled traders and the ports Authority to increase the tons of cargo handled at the port.

Tanzania ports Authority is  one of the exhibitors at the ongoing event in Kampala, and the Authority boasts of an increase of Cargo handled at the port hence calling upon Ugandan traders to use Tanzania ports for transportation of cargo in a shortest time possible.

Speaking during the ongoing exhibition to mark 60 years of the independence of mainland Tanzania organised at the  high commission in Kampala, Tarima said that efficiency is key in reducing the cost of transportation of cargo to its destination.