Why Museveni Built a Shs 5bn school in Tanzania 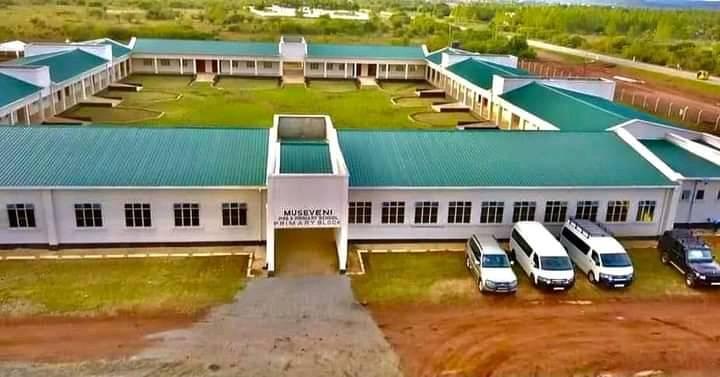 The Minister of state for international affairs Henry Okello Oryem has defended the construction of a school in Tanzania by President Museveni saying this was a token of appreciation for the cost incurred and sacrifice made by the residents of Muhutwe,Nyamiyaga and a combined force of Tanzania Peoples Defence Forces ( TPDF)  during the 1979 war to topple President Idi Amin Dada’s government.

President Museveni had earlier stated that the government of Uganda will continue to build more schools in Tanzania given the fact that it was the TDF that helped Uganda regain her freedom from the ruthless regime of Amin.

This is the third and most expensive school that Museveni has built-in Tanzania. During President Benjamin Mkapa and Jakaya Kikwete’s reigns, President Museveni built two schools, one at Muhutwe Kamachumu and Nyamiyaga Murongo in Kagera region.

The school sits on 11.4 acres of land. It has an administration block, sixteen classrooms, two staff rooms, a resource center, a dining hall, a kitchen, and two kindergarten classrooms. It will be the first public primary school in Tanzania to conduct its lessons in English instead of Kiswahili.

Okello Oryem made the remarks while opening an exhibition to mark 60 years of independence of mainland Tanzania organized at the Tanzania high commission in Kampala where he lashed at those criticizing the gesture of building a school in Tanzania  calling them ignorant about the relationship between the two countries.