Museveni Speaks out on D.R.C Strikes. 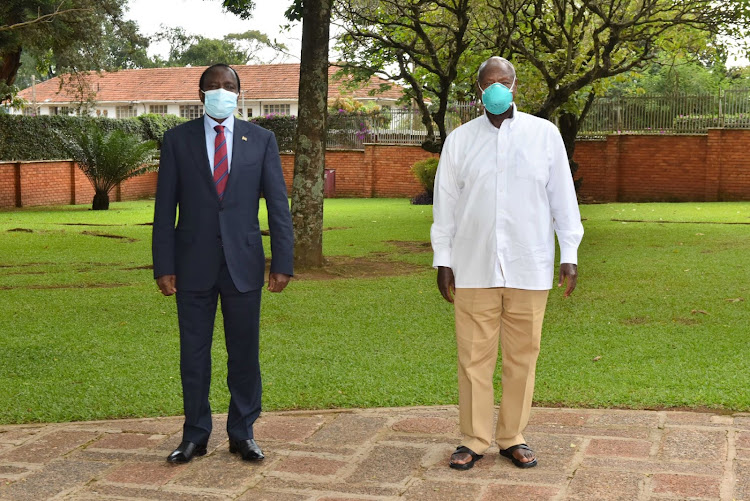 President Yoweri Museveni has said that the South Sudan government and all stakeholders must work towards holding elections in order to have sustainable peace.

The President was meeting a delegation representing South Sudan, Kenya, Britain, Norway and United States of America on the revitalized agreement on the resolution of the conflict in the Republic of South Sudan.

He observed that the sanctions imposed on the neighbouring country were wrong because they create a vaccum. He called on the leaders and stakeholders to work towards the lifting of the sanctions.

The President said he would be pleased to host the retreat, adding that it was necessary to pass the 6 pending laws before the end of December. He said that the strategic issue is how to build prosperity for the people of South Sudan.

The President said that elections are a medicine for peace and stability and emphasized that it is wrong to have power based on arms.

President Museveni disclosed that when UPDF attacked the terrorists in D.R. Congo early this week the people of Uganda jubilated because Ugandans are tired of terrorism.

The South Sudan Minister of the Presidency Benjamin Marial expressed his condolences to the President upon the loss of lives around Kampala during the recent bomb explosions. He said that his government was addressing the peace process through defense, elections and the constitutional process. He called on the international community to lift the embargos imposed on South Sudan.

The Kenyan Special envoy to South Sudan, Kalonzo Musyoka observed that Uganda and Sudan are the guarantors of the peace process in South Sudan.