Being a housewife must be payable - Activists. 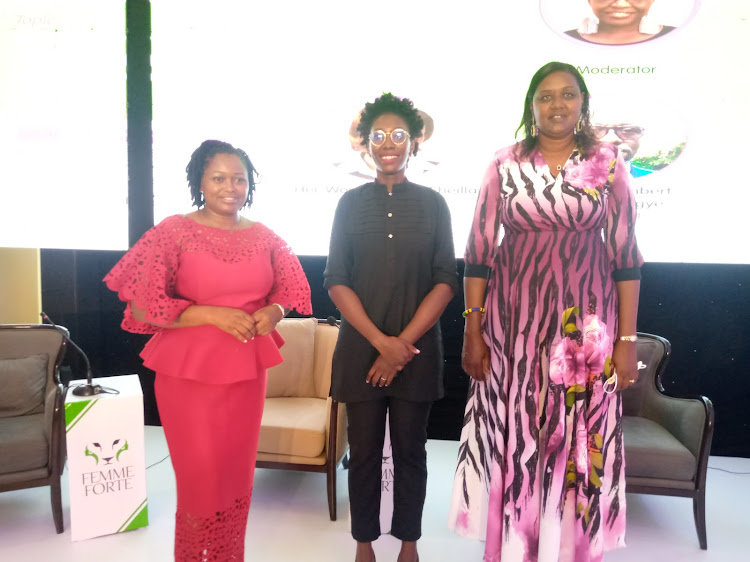 Women activists in East Africa want the Ugandan parliament to legislate a policy that will ensure that domestic and unpaid care work in Uganda is recognized and paid for.

Their concerns stem from the fact that care work is the heartbeat of every society, contributing to a country’s well being and is crucial for our social and economic development.

The Covid-19 pandemic led to a health, economic and care crisis for all workers including those in the informal economy and it is in that regard that calls are being made to have women’s unpaid care workload reduced, recognized and redistributed through the provision of public services and infrastructure, alongside the implementation and enforcement of social protection policies. 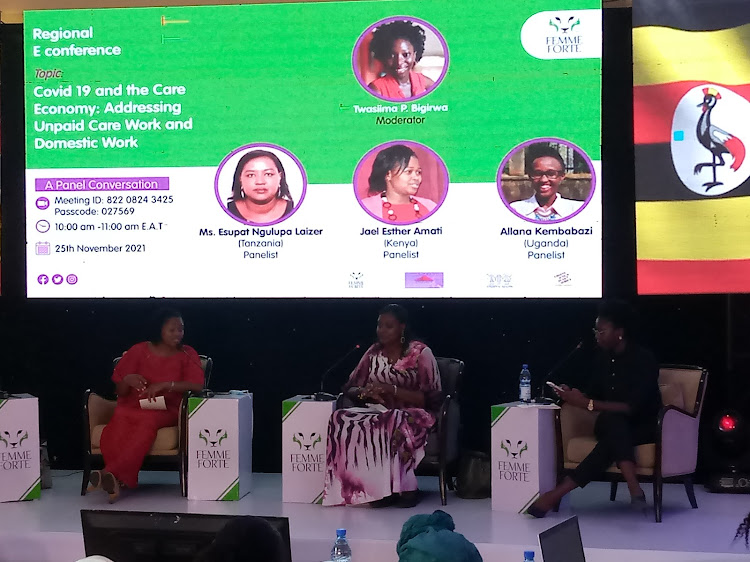 Their remarks were made during the regional e-conference on the care crisis and the implications of Covid-19 on economic justice and unpaid care work, held in Kampala.

‘The things we call unpaid care work which the cooking, cleaning, taking care of the elderly and ensuring children go to school on time and are wearing uniform, are not quantified and nobody thinks about the effects of that,’ according to Twasiima Bigirwa, a feminist lawyer.

‘So even when we think about why women are not able to participate as meaningfully in certain economies is because they have these burdens that nobody is quantifying. What we consider small contributes to how economies run and so should be quantified such that women who are doing this work should be able to benefit from it,’ Bigirwa added.

Millions of people have been pushed into poverty mostly because of the Covid-19 situation and the subsequent lock down and majority of these workers are in the informal sector. This therefore calls for solutions to also be fully encompassing the reality on the ground. However, there is no policy or commitments to that according to women activists. 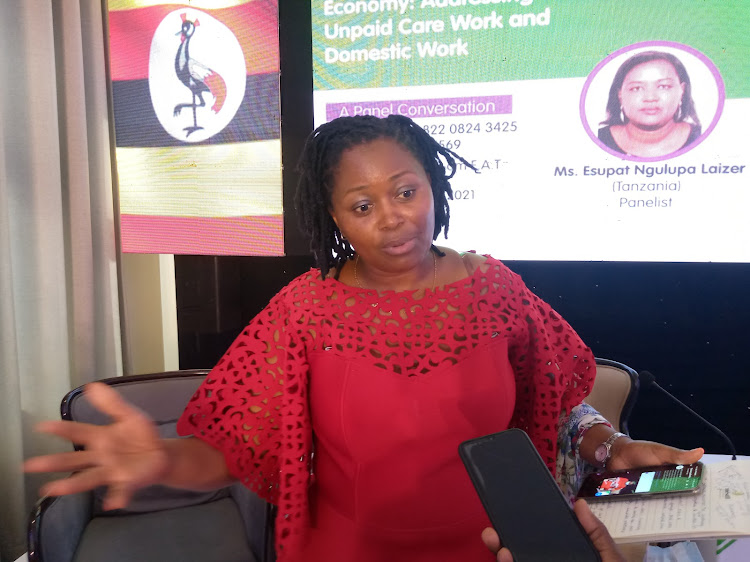 Even with mass vaccination drives, the prolonged restriction and lock down measures since the beginning of the pandemic have resulted in more onerous unpaid work burden on women due to the emergence of the new and additional burden of educating children with the closure of schools, social isolation, and the increased number of sick people the heightened care needs of older persons and the overwhelmed health care services.

The health of women has been affected by gender-based violence and the reallocation of resources and priorities.

In Uganda, The passing of the Early Child Development Policy (March 2016) and the Social Protection Policy (November 2015) is a step in the right direction in reducing the care workload but more needs to be done because women’s disproportionate responsibility for care work has not been improved by the services provided, and the status quo is maintained by the strong social and cultural norms.

Joel Esther Amati, a Kenyan woman rights activist, said women have ended up leaving marriages without a thing, without land or any property because they cannot account for their contribution and so the government should resolve such conflict by recognizing and ensuring documentation of care work like in Kenya where being a house wife is a payable job.