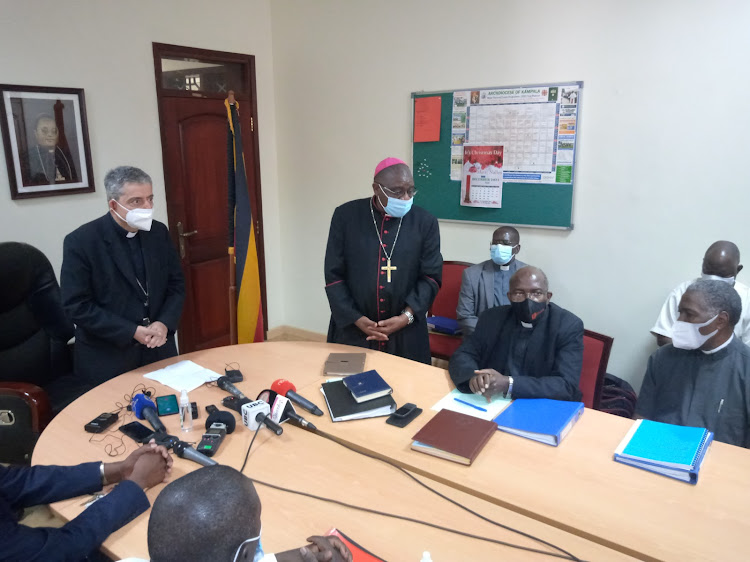 Pope Francis has appointed  Kasana Luweero Bishop Paul Ssemwogere as Archbishop for Kampala Diocese. He replaces Archbishop Dr. Cyprian Kizito Lwanga who died on April 3, 2021 when his lifeless body was found lying in his bed at his residence in Lubaga.

Bishop Ssemwogerere has been the apostolic administrator of Kampala diocese following his announcement at the burial ceremony of the late Archbishop Lwanga at Lubaga Cathedral.

On Thursday, the Papal Nuncio, Bianco Luigi announced the appointment on behalf of Pope Francis. 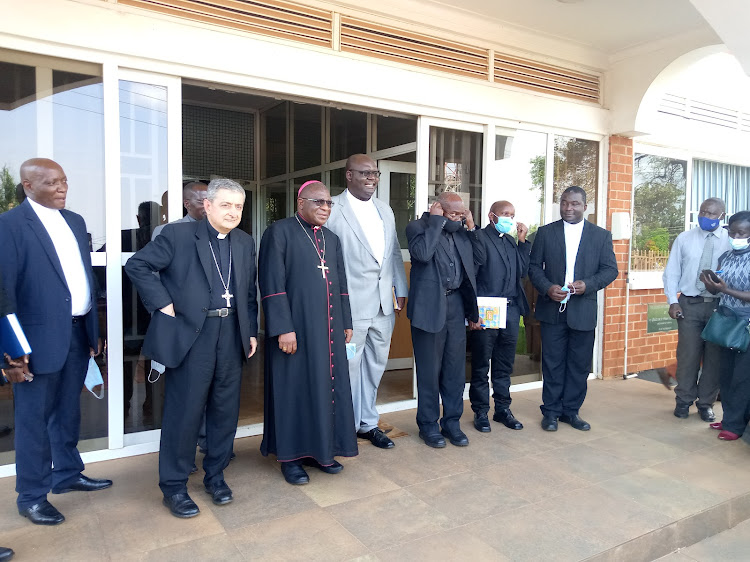 In his acceptance speech Bishop Semwogere  pledged to  continue being a good and simple priest, build God’s Kingdom and enhance Christ’s vision of redeeming the world.

“I today gather courage to take on this responsibility, I ask you all to constantly pray for me as I do for you and I look forward to your team work.” he said.

Following the appointment, the Head of the Laity, Kampala Arch Diocese Kalanzi Ivan, revealed that the faithful have been anxiously waiting and praying that he gets appointed. 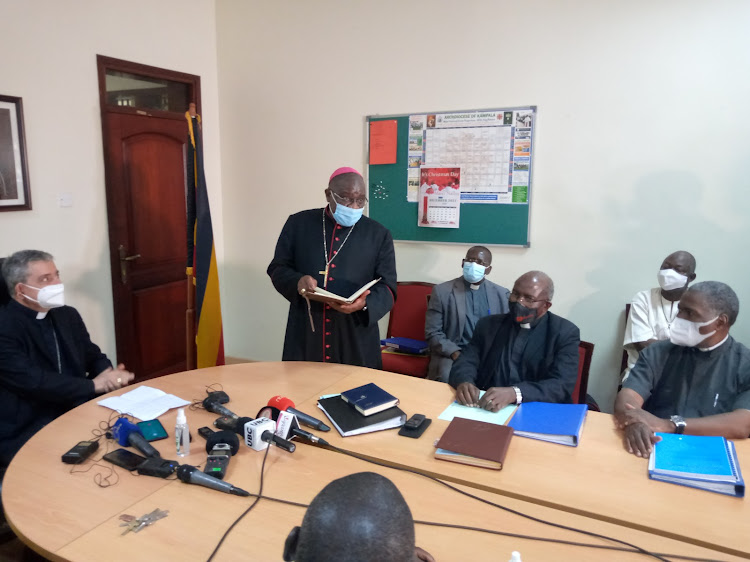 ‘We have a shepherd and one who has the authority to act and move us forward. He has been with us, knows us very well and we know him too. I have been meeting several Christians who have been praying to God to give them Paul Ssemwogerere.”

His appointment comes at a time when there is mistrust between the government and the church. In January 2021, the Ugandan Government  accused the Catholic Church of failing to play its core role of spreading the Gospel and instead meddling in electoral politics .That is a challenge that the new Archbishop has to face.

According to the head of the laity, while there are many tasks, the bishop has to develop the people, guide them, economically empower faithful, and he has to unite those that are politically divided by telling them the facts since he is a man who does not fear to tell the truth.

Paul Ssemwogerere was born on June 30, 1956 at Kisubi, along Entebbe Road. He attended Kigero Primary School before transferring to Kisubi Boys Primary School. He then studied at St. Maria Goretti Senior Secondary School Katende, where he completed his O-Level studies.

He was ordained a priest on June 3, 1983 at Kampala, by Cardinal Nsubuga. He served as a priest in the Archdiocese of Kampala, until 4 June 2008 when he was appointed bishop of Kasana-Luweero.

He was consecrated as bishop on August, 23 t 2008 at Kasana-Luweero by the late Archbishop Cyprian Kizito Lwanga, who was assisted by Cardinal Emmanuel Wamala, Sant’Ugo Archbishop Paul Tschang In-Nam, Titular Archbishop of Amantia and Papal Nuncio to Uganda at that time.