Intern doctors to get supplementary allowances next week. 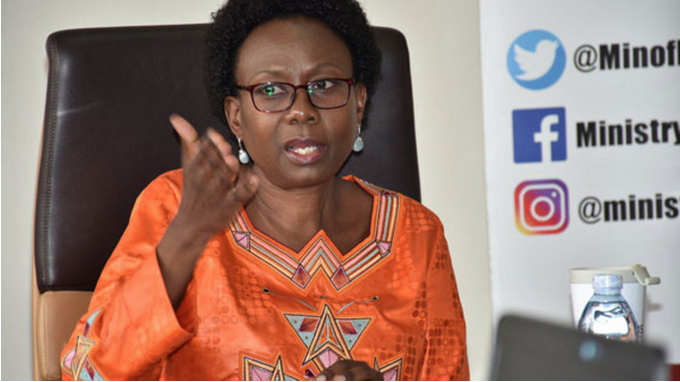 Minister for Health Dr. Jane Ruth Aceng says a supplementary budget for the allowances of intern medical doctors will be transferred to their accounts in the next one week.

Speaking during the launch  of the accelerated  Mass  COVID-19  vaccination  Campaign  in Mbarara City  for the Ankole  Region  Dr. Aceng  asked the striking intern medics to stop misbehaving because whatever they wanted government has already promised

“The supplementary is in the pipeline, it has passed through all the processes and in the next one week that supplementary will be warranted, it will be on the accounts and transferred to them” the minister stated.

The interns announced a strike last week demanding for the supplementary budget to increase their allowances among other demands.

President Museveni  directed that their pay be increased from 700,000 to 2.5 million shillings monthly, allocation 7 billion to improve the working conditions for both interns and doctors, provide personal protective gears, health insurance, and reduction of doctor’s payee salary taxes from 30% to 10%.

Minister Aceng noted these intern doctors should stop being naughty  insisting  that “Internship is a training period, it is not work and they are not public servants”.

She added  that they are free to make a decision not to train because if they don’t train they will delay their own registration as medical personnel.

“They are the ones who stand to lose, we don’t lose anything” she said. According to the minister those interns who are not willing to continue with the training should leave their premises.

“You cannot just sit at somebody’s house doing nothing. Eventually you have to walk away”

Permanent secretary in the ministry of Health Dr. Diana Atwine noted that they are deploying Johnson & Johnson vaccines in the hard to reach areas.

She noted that in the Western they have given the people Johnson&Johnson vaccines especially in hard to rich mountainous areas like Buhweju, Rubirizi, Mwizi in  Rwampara and other areas that are very difficult to access.

“The purpose is that once people go there and vaccinate, they don’t have to go back because it is very difficult” said Dr. Atwine.