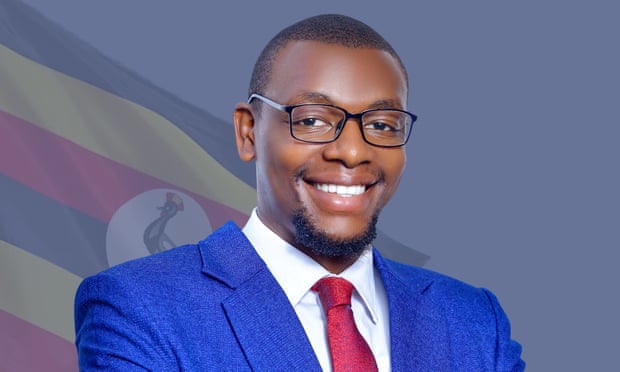 The wife of the detained Ugandan Author Kakwenza Rukira Bashaija has sued the Inspector General of Police Martin Okoth Ochola, the  Director CID Grace Akullo , Brig Gen. Peter Candia, the Commandant SFC and Attorney General for illegally detaining her husband beyond the mandatory 48 hours without charge and failure to respect a court order for his immediate unconditional release.

On Tuesday, the Makindye Chief Magistrate Court ordered Police to immediately and unconditionally release Kakwenza, but he is still held in unknown facility incommunicado since the 28th of December when he was arrested from his home, for allegedly abusing the first son Lt.Gen.Muhoozi Kainerugaba.

Kakwenza's wife Eva Basiima, contends that her husband was arrested on the 28th of December 2021 from their  home in Kisaasi in Kampala by a joint security team in plain clothes and taken to an unknown place which Uganda police refused to disclose despite various demands.

She explains that her husband remained inaccessible to her until the plain clothed men and SFC soldiers  armed with guns escorted by police van drove him to their upcountry home in Iganga and conducted a search from 8:30 am to 12.00 pm on Tuesday this week.

She claims that her husband looked tortured, weak and was limping with wounds under his feet, putting on blood stained undergarments and he revealed to her that he has been starved.According the lawyers of Nalukoola  and company advocates  Kakwenza's detention is illegal as it is beyond the 48 hours.

It's alleged that the renown novelist using his Twitter handle abused president Yoweri Museveni using words that were derogatory, abusive and belittling without any purpose of legitimate communication.

He is also said to have attacked Lt Gen Muhoozi Kainerugaba, the first son and commander land forces using the same derogatory and abusive words through his Twitter handle.

He is being held on charges of offensive communication after he allegedly published comments criticizing President Museveni's son.According to the alleged publication, the Author is said to have ridiculed Lt.Gen.Muhoozi Kainerugaba as a drunkard, over weight and a person who does not take care of himself.And after his arrest, Muhoozi took to social media to warn other people from allegedly abusing him saying they will be delt with the same way.

This is not the first tine that the novelist is being arrested for his work and in 2020, he was arrested by security after he published  books entitled Banana Republic and the Greed Barbarian that all ridiculed the rulling Government highlighting the high levels of corruption among others.