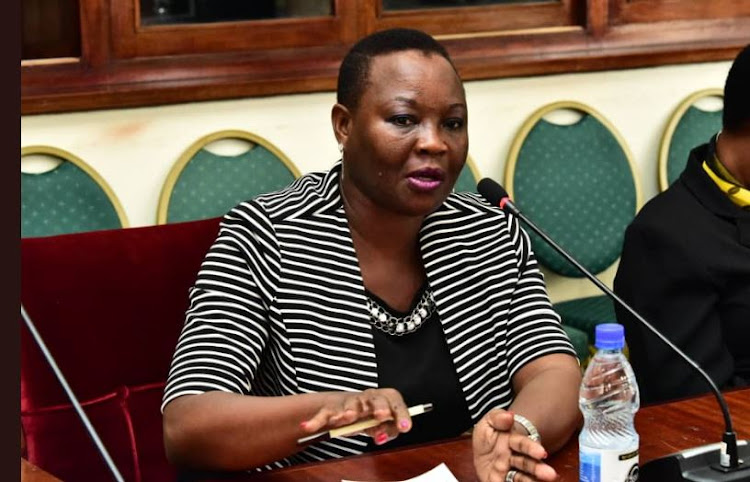 This is after Nyakaisiki pleaded not guilty to two counts of  abuse of office and obstruction of search.Court further granted a four million cash bail to two of her body guards ; Constable Anywar Richard Godfrey and  Titus Wamono.

Their  sureties entered a non cash bond of  50 million shillings.

The matter has been adjourned  to the 17th of January 2022. While granting her bail, court ruled  that Nyakaisiki  is a senior citizen who

worked with public office for about  30 years, had a fixed place of aboard at Namasuba Kikajjo and that she had substantial sureties.

Prosecution states that the suspects on the 4th of January 2022 at Uganda Land Commission, in Kampala without obstructed Tumukurati  Michael, Zakaria Tiberindwa and superintendent of Police Noreen Akello from doing from the inspectorate of Government from carrying out a search in her office.Nyakaisiki is being investigated over alleged corruption in the Uganda Land Commission.