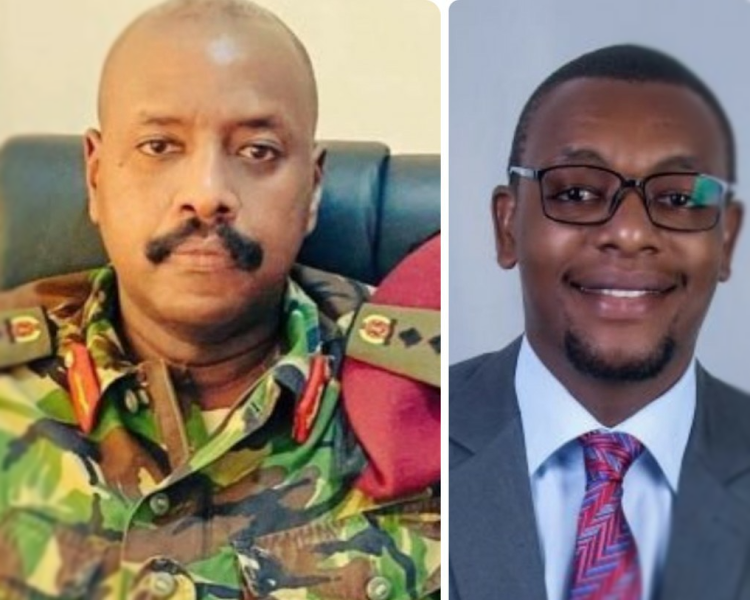 Ugandan writer and a critic of  the ruling NRM government Kakwenza Rukira-Bashaija has finally been produced before Court and charged with two counts of offensive communication.

He denied the charges when he appeared before Buganda Road Court Chief Magistrate Douglass Singinza   who remanded him to  Kitalya  government prison  until the 21 of January  for mention of his case.

Prosecution states that Kakwenza, wilfully and repeatedly used his twitter handle @KakwenzaRukira to disturb the peace of President Yoweri Kaguta Museveni, with no purpose of legitimate Communication .

The writer  committed the alleged offense on the 24th of December 2021, in the Kampala district,

Prosecution further claims that between 26th and 28th December 2021, he used his same  forum r to disturb the peace of first son Lt.Gen.Muhoozi Kainerugaba with no purpose of legitimate Communication, when  he called him a drunkard, overweight and a person who does not take care of himself. Investigations into the matter are still ongoing.

His lawyers led by Eron Kiiza filed for the habeas corpus order on grounds that their client is sick and in urgent need of medical attention after being allegedly tortured while in the detention.

Kakwenza is the author of two books   titled “Banana Republic” and “The Greedy Barbarian” that all ridiculed the ruling Government highlighting the high levels of corruption  in the country.