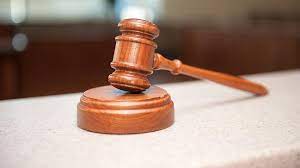 A father who was sentenced to 20 years years in prison for aggravated defilement of his 14 year biological daughter and impregnating her has had his sentence reduced to 14 years.

Kawooya Bernard was on the 20th July 2015 convicted of defiling his daughter by Entebbe High Court Judge Jane Alidviza and sentenced to 20 years in prison.

He committed the offense in 2014 at Lugonja Nakiwogo , Entebbe municipality in Wakiso district when he unlawfully had carnal knowledge of the under age girl.

According to prosecution, on the 30th of October 2014, the victim went to attend school, like she normally did.

The head teacher noted that the victim was pregnant and when he inquired who was responsible for the said pregnancy, the victim revealed that the father whom she lived with had on several occasions sexual intercourse with her.

The incident happened when the victim's mother was away in South Sudan where she was working.

He pleaded guilty to the said offense and was handed the said sentence, however, he appealed on grounds that it was harsh and excessive.

On Tuesday three justices of the court of appeal reduced the said sentence on grounds that it was harsh and manifestly excessive.

"We find that the  14  year jail sentence is appropriate in the present case.The appellant was arrested on the 30th of October 2014 at his home and he had been on remand for a period of 8 months and 20 days.After taking into account the time spent on remand, the appellant shall serve 14 years, three months and 10 days imprisonment to run on his date of conviction on the 20th of July 2015" court ruled.