Orthodox Church in Uganda gets a new Archbishop 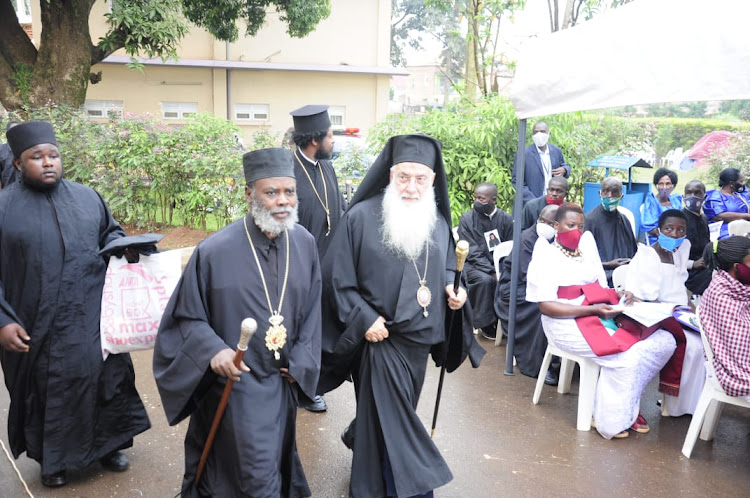 Metropolitan Jerome Muzeeyi the New Archbishop of the orthodox church in Uganda with Archbishop Makarios of Nairobi who has been the caretaker since the death of Archbishop Jonah Lwanga.

The orthodox church in Uganda has got a new Archbishop to replace the late Jonah Lwanga who died in September 2021.

Archbishop Jonah Lwanga died at the age of 76  in Athens Greece and was buried at the orthodox headquarters of St. Nicholas Namungoona in Rubaga division.

The replacement came as a result of Synod that sat in the city of Alexandria Egypt under the chairmanship of Pope Theodoros II .

Synod that has been seating for the past three days chose Metropolitan Jerome Muzeeyi who has been the Arcbishiop of Mwanza in Tanzania.

The newly elected Archbishop is a Ugandan by birth and has served in different capacities including the Archbishop of Mwanza in Tanzania where he has been for over 18 years.The synod also took a decision to split the diocese of Gulu and Eastern Uganda into 2 and appointing Bishops there after .