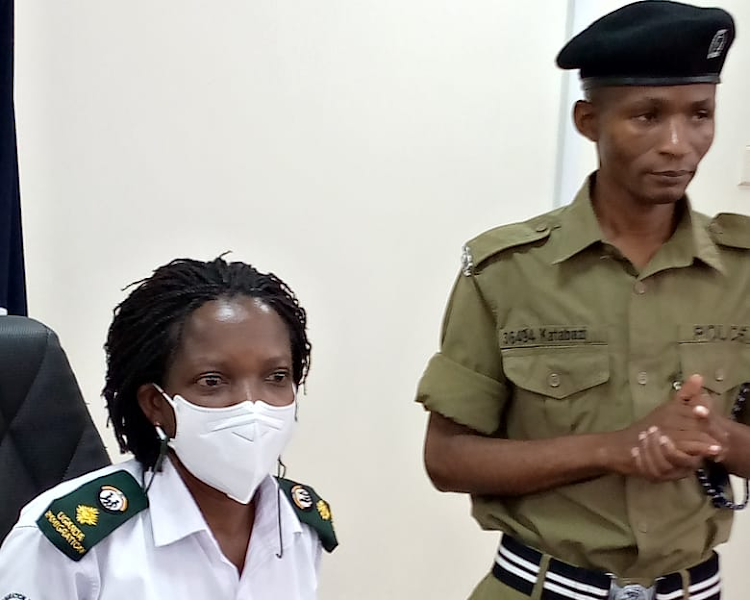 Government has warned members of the public against sharing photos of pregnant girls in classes who returned back to school on social media.

Lately social media has been awash with photos of girls either breastfeeding or carrying pregnancies while in class which the government says is illegal.

The law that prevents trafficking in persons criminalizes producing, publishing and sharing of such photos either by producers, reporters, editors and directors of movies for any purpose.

Deputy National Coordinator Prevention of Trafficking in Persons Agnes Igoye noted that those found doing the same are liable to imprisonment on conviction.

Government will follow the trail on social media from the source of the photos to those who share them and will be dealt with.

According to Igoye, police stations and investigators in all districts around the country have been asked to be on the lookout for anyone involved in sharing photos of pregnant and breastfeeding girls.

Once traced they will be arrested to answer charges related to shaming the girls.

Following the reopening of schools after almost two years of closure due to COVID-19, the Ministry of Education decided that child mothers and pregnant learners should be allowed to resume their studies .

A recent study by the UN population fund indicates that Uganda registered over 32,000 teenage pregnancies monthly since March 2020 when schools were shut down as a measure to stop the spread of CoronaVirus Disease.