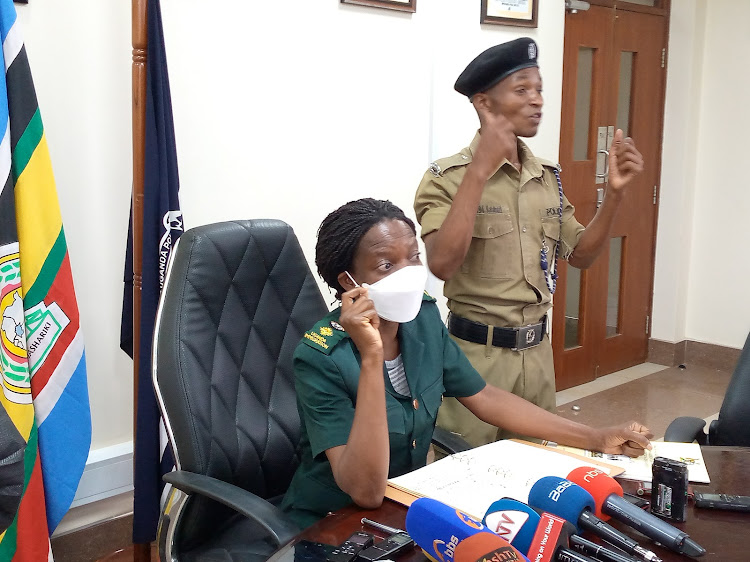 Four directors of a labour recruitment firm in the country have been charged with human trafficking after one of the girls they took to Saudi Arabia had her kidney removed.

Last month, the relatives of Judith Nakintu reported to authorities that their daughter who had been taken to Saudi Arabia as a domestic worker had been paralysed after her right kidney was removed.

According to  the Deputy National Coordinator Prevention of Trafficking in Persons Agnes Igoye the office of the Director of Public Prosecutions has preferred charges related to human trafficking against the four directors of Nile Treasure Company Limited including Abubaker Kato, Muhammad Mariam, Salma Muhammad and Ali Hassan after it was found out that Nakintu was taken for a COVID19 test while in Saudi Arabia by his boss Sagir Daffaur Mohammed on waking up,she was in critical condition and also sustained brain damage in supporting machine.

Igoye adds that a medical report was forged in Saudi Arabia saying the victim was fine but a second check in Uganda indicated her kidney had been removed which led to her getting paralysed.

Police inquiries have also established that suspects falsefied medical results to hood wink the victim and her family that all her internal organs were intact which was not the case.

Igoye further indicates that there are people in Uganda collaborating with people in Saudi Arabia which means that this is syndicate.

She says the four directors will soon be arraigned before courts of law to face charges on human trafficking.