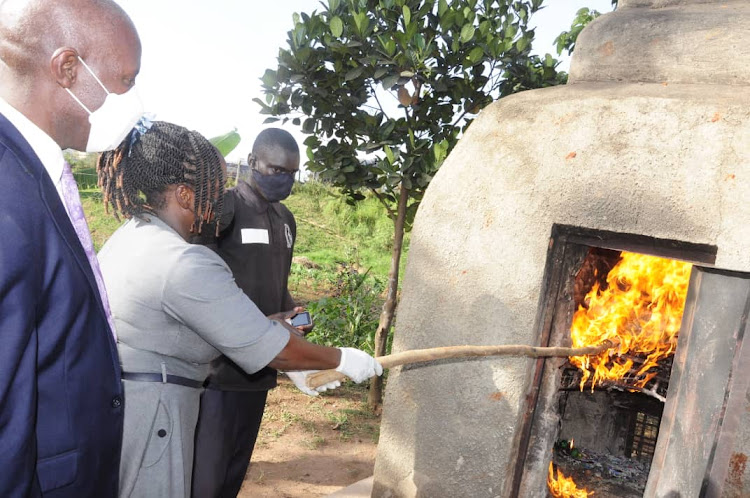 Police has destroyed 45.22 Kg of Narcotic drugs which is worth Ugx 778 million.The destroyed drugs were intercepted at Entebbe international airport between 2019 to 2021 and are exhibits for 8 cases which were conclusively investigated and heard in Court with 9 suspects convicted and sentenced to various prisons.

Presiding over the destruction of these drugs at Nsambya Police barracks Nakitende Juliet the Chief Magistrate of Entebbe revealed that majority of the cases in the drugs destroyed today belonged to suspects who pleaded guilty and never appealed as the law stipulates.

She adds that those who appealed the drugs are not destroyed until appeal is completed.Judge Nakitende Juliet also revealed that they always handover the drugs back to aviation police for custody and protection immediately after court hearing because Court does not have enough security for these drugs.

" We handle drug cases from aviation police and ordinary police CPS out post and Entebbe CPS and most of cases handled from Entebbe CPS are locally grown Marijuana and were destroyed from police station not Nsambya barracks. 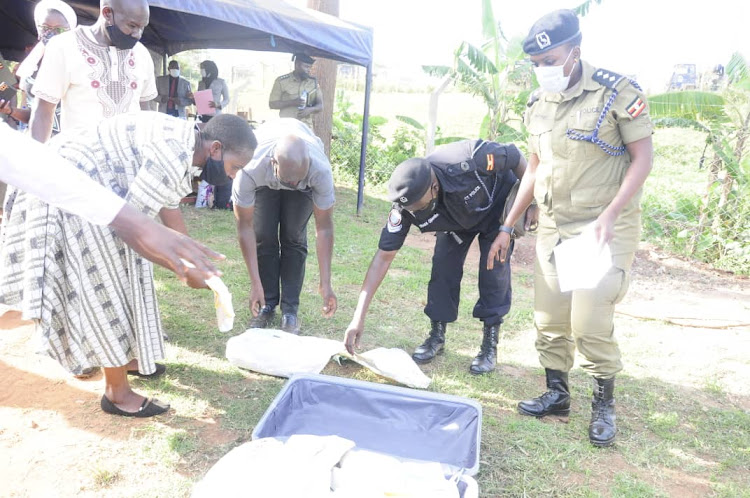 Tinka Zarugaba the Commissioner anti Narcotics in the Police force revealed that the challenge of drug use in many communities is still high because the recently concluded research with Makerere University revealed that 16% of the youth especially among boda boda riders in urban areas are addictive to drugs .Zarugaba warned Ugandans not to befriend anybody that comes their way because these especially Nigerians tend to use them to traffic drugs to other countries leading to their arrest.He also revealed that there is also a challenge of many intoxicated drugs which Ugandans are consuming today inform of alcohol and local herbs yet there is no law to punish consumers.