Refugees relocated to Nyakambande camp, as business resume at boarder 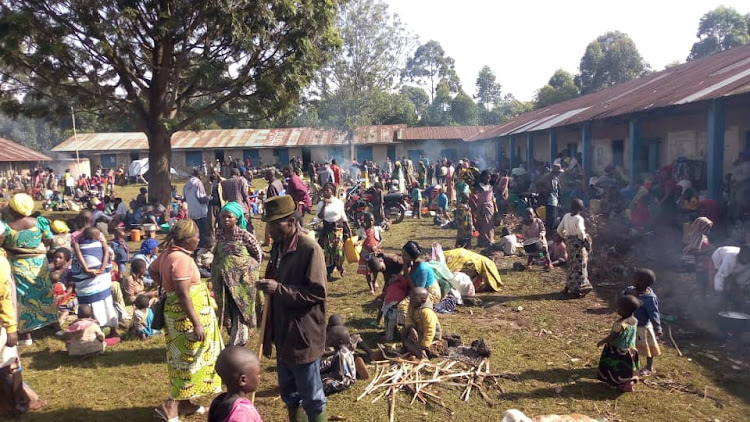 Refugees fleeing fighting in the DRC gathered at a school in Bunagana
Image: Uganda Red Cross

Business is  beginning  to pick up at  the border town of Bunagana in  Kisoro district after the UPDF flashed  out M23 rebels who were trying to cause insurrection in the Area.

Shops are reopening slowing after  refugees were taken to Nyakabande transit camp having spent a night in the cold.

Kisoro RDC retired Captain  Peter Mugisha  a total of 7,000 refugees have been received at the camp and many more have returned back to Congo after calm  restored .

According to residents heavy fighting erupted on Monday  in the hills of Runyonyi and Tchanzu in Sabyuno mountains. 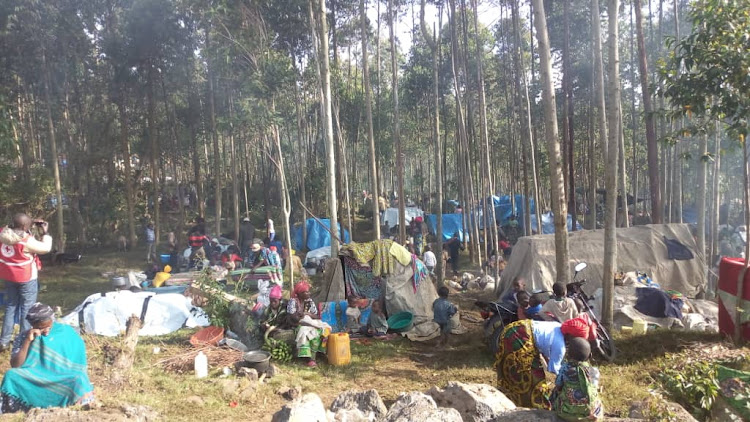 Refugee pitch camp in a forest along the Buganaga border
Image: URC

Bunagana town council  Mayor  Ismael Ndayembaje appealed  for government's  intervention specifically the  UPDF to put an end on these rebels.

He also called for development partners  to help providing mobile toilets, water, first aid kits  and , food among others to the refugees.

The refugees and asylum seekers are residing at Bunagana market and Bunagana primary school which are not good environment for sleeping. In addition some people are sleeping outside.

Uganda people defence forces together with police have been heavily deployed at the Uganda boarder in Kisoro district to ensure safety of Ugandans following the latest rebel attack in  eastern Democratic Republic of Congo.

UPDF spokesman Brig Felix Kulaigye said  the soldiers are monitoring the situation before they can let some of the refugee to return to their country.