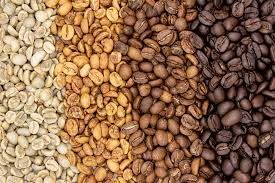 The Speaker of Parliament, Anita Among last week directed the committee to probe a controversial coffee agreement signed between the Government and Uganda Vinci Coffee Company Limited (UVCC) owned by Pinneti whose investment reputation is being contested.

According to the agreement signed on 10th February by Finance Minister Kasaija and Pinneti on behalf of UVCC, the coffee company retains the exclusive right to buy all Uganda’s coffee.However, the deal has been widely criticized with the Speaker of Parliament directing the Trade committee to investigate for public confidence.

Following the directive, the Committee on Trade Chaired by Mbarara City South MP Mwine Mpaka issued a long list of stakeholders in the coffee sub sector who have been invited to appear before on April 25 and April 26, 2022 as investigations into coffee controversies kick-off.

The agreement extends an array of incentives and concessions to the investor in a manner that has been widely criticized as monopolizing Uganda’s coffee business.

Pinetti is the woman behind the stalled Lubowa hospital project.Abed Bwanika, the Member of Parliament, Kimanya-Kabonera said that the agreement alienates Ugandans from the coffee business as it gives monopoly of purchase and export of coffee to only one organization.

Bwanika said that the company is also exempted from all taxes, given a special tariff as far as electricity is concerned and all these provisions violate the laws of Uganda.He called on Parliament to prevail on the said agreement to protect coffee farmers.

“This document gives them power, that nobody will procure coffee unless this company gets the quota that they want. The provisions of the Coffee Act section 52 say that the Coffee Authority should be the one to come up with auction avenues where our coffee should be traded, but this agreement gives the company the right to determine the price,” Bwanika said.

Kazo County Member of Parliament, Hon. Dan Kimosho said that the same investor has failed to complete the International Specialized Hospital of Uganda in Lubowa.He said Parliament and the Ministry of Health have failed to supervise the project.

“It has been very difficult for this Parliament to supervise works going on at Lubowa; we have been crying about medical tourism but I was shocked when I saw the Ministry of Finance entering in agreement with the same person that we are failing to supervise,” Kimosho said.