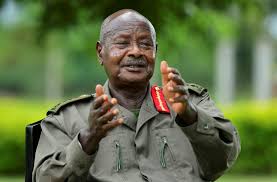 President Museveni has agreed to review the controversial coffee agreement and asked members of his party to carefully study the clauses in this agreement that needs amendment.

The position was reached during the president's meeting with the parliamentary NRM party caucus on Tuesday at the Kololo ceremony ground where the members told the president that the agreement was unfair because it gives a monopoly to the investor against local coffee investors.

The vice-chairperson of the NRM caucus who is also Kibuku county MP  Herbert Kinobere says that the caucus handled five pressing issues which include the controversial coffee agreement, insecurity in Karamoja, skyrocketing prices of commodities, the Uganda women funds which were cut and taken to parish Development model and the issue of the construction of Lubowa specialized hospital which is not progressing yet government spent 1 trillion shillings towards the investor.

''Even the president disagreed with some clauses in the agreement and we have decided to look at them go back to the caucus for final decision before we go on the floor of Parliament," Kinobero said.

Elgon North member of parliament in Bulambuli district Gerald Nangoli said that they told the president that this coffee agreement was signed in error because the clauses in this agreement do not favor the coffee farmers and exporters.

"We guided that the agreement was signed in era and the stakeholders in the coffee industry were not consulted ."  Nangoli said