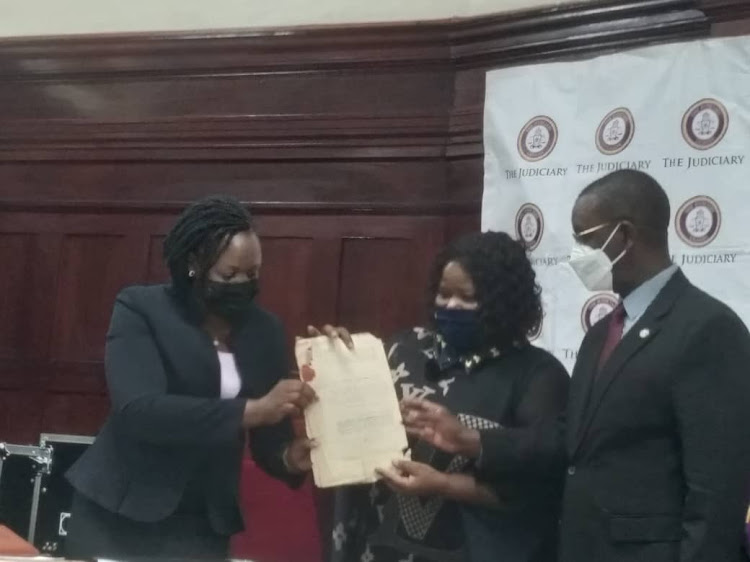 The Judiciary has today received a report of the Mengo Chief Magistrate's Archives dating more than 3 decades ago.

The said records are in line with the Judiciary's effort to curb the recurring problem of missing records and case files funded by the University of Michigan.

In 2018, A Memorandum of Understanding was signed between the Judiciary and the Michigan University to rehabilitate and catalogue Court records for day to day and future reference.

The archived valuable information also included Buganda Kingdom Records for the Muluka, Saza and Gombolola Chief Court from 1910, 10 Land titles including that of Stanslus Mugwanya who signed the Buganda Agreement in 1900, the records of 1920, 40 and 60s which were all detailing the colonial period and land history and the District Court of Mengo records among others.

The about 77472 records parked in 1500 boxes plus physical and soft copies of digitalized catalogues all of which will be transferred to the National Records Centre and Archives in Wandegeya have been received by the Chief Registrar Sarah Langa Siu and Permanent Secretary Pius Bigirimana at the High Court Headquarters in Kampala.

Sauda Nabukenya a PHD Student at Michigan University who led the Team that handed over the Mengo Magistrate's Archives to the Judiciary stated that she had visited the Mengo Court and saw how information was poorly being stored and became interested in looking for a better way of Reserving them.

On the 10 Land Titles from Buganda Kingdom, Nabukenya revealed that she had been personally keeping the said titles to avoid being stolen and as she handed them to the PS, she assured  them that she kept the soft copies, incase the original ones got lost.

Her Worship Sarah Langa hailed the team, stating that the project will go away of eliminating Court record missing issues. 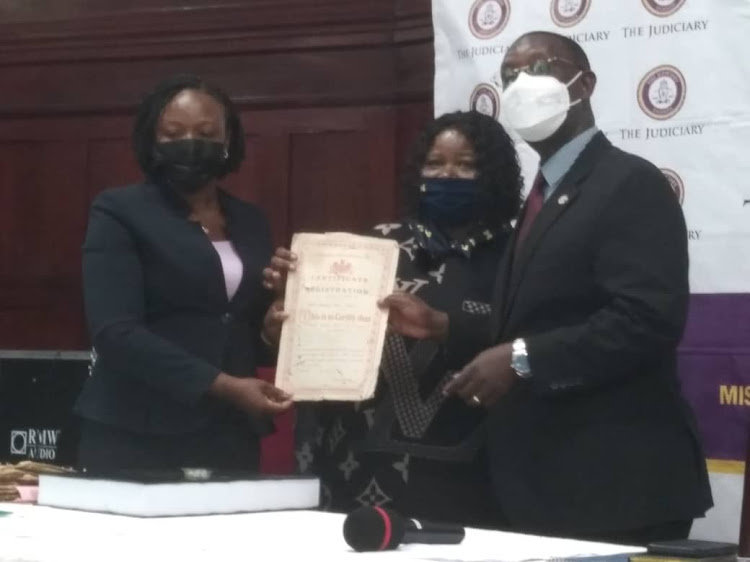 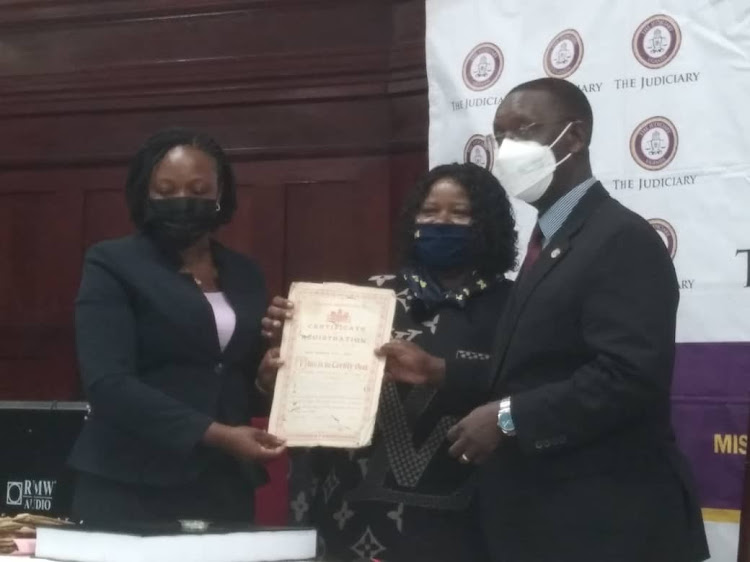 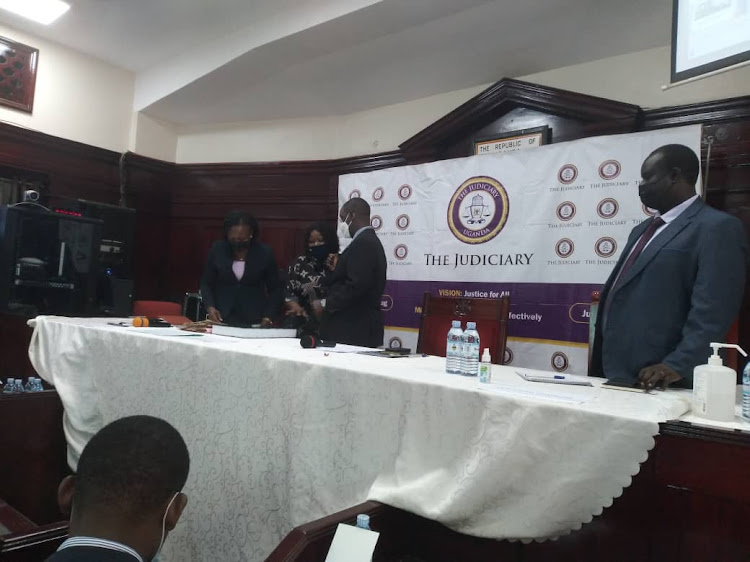