24km of degraded vegetation of River Nyamwamba have been restored 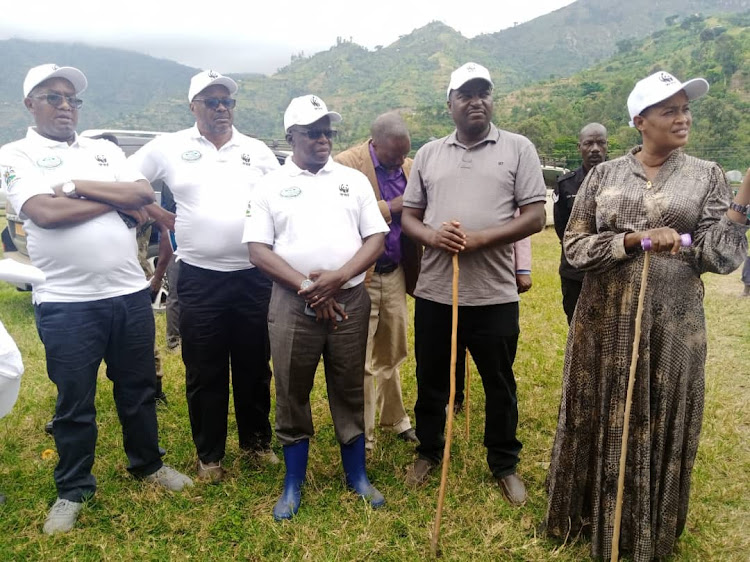 State Minister for water and enviroment Hajati Aisha Sekindi(R) accompanied by officials from Ministry of water and environment, WWF and development partners during the inspection of an emergency response program for river bank management and restoration for River Nyamwamba in Kasese district

Conservationists want the government to inject more resources in scaling up the much restoration process of River Nyamwamba as they work to cover the whole catchment area.

The government of Uganda, through Ministry of Water and Environment  and World Wide Fund – Uganda (WWF) is currently rolling out an emergency response plan to restore River Nyamwamba catchment area in Kasese.

During an inspection tour that also included evaluating an emergency response program for river bank management and restoration for River Nyamwamba which only covers five percent of the catchment area, Mr. David Dduli, the country director WWF Uganda country director called for an immediate implementation of a holistic integrated planning for all rivers originating from the Rwenzori mountains as the only way to tackle flooding permanently in this region.

‘’There is need to roll out mass campaigns to cover all the bare hills and encourage communities to voluntarily conserve the environment’’ Dduli said.

According to him, blaming the frequent floods partly to an inferno that in 2012 gutted hundreds of vegetation on Mt Rwenzori, leaving several areas plain.

He added that the glaciers that used to maintain the temperature on the almost 1,000sqkm Mt Rwenzori were also melting at a worrying step.

Meanwhile, The Rwenzululu Kingdom urged the central government to fully involve them in all programs intend to restore the degraded environment and River banks of Nyamwamba, Mubuku among others.

Joseph Kule Muranga, the prime minister of Rwenzululu Kingdom who represented the kingdom during the activity noted that the kingdom has enough capacity and man-power of conserving the environment but it lucks funds.

‘’All programs that aim at conserving the environment should be community driven and centered’’ he added. 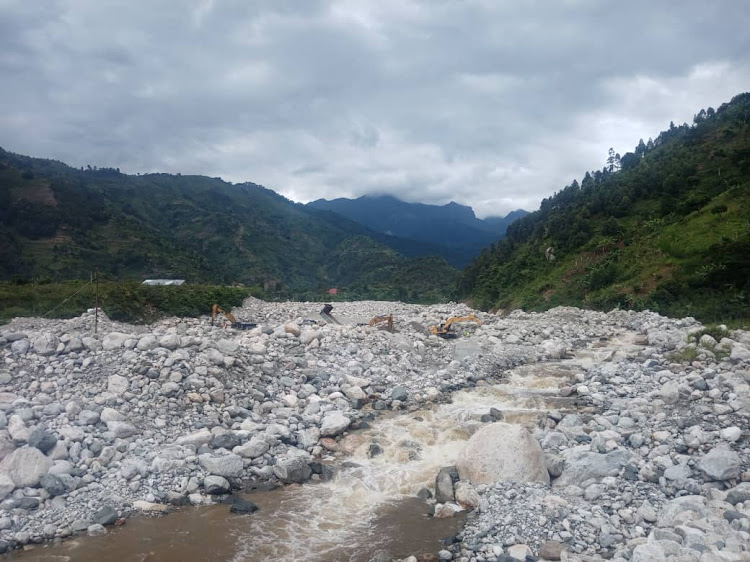 On his part, Alfred Okot Okidi, the Permanent Secretary in the Ministry of Water noted that the ministry of water and environment has contracted experts to carry out studies for the greater Rwenzori area to find permanent solutions to the disastrous flooding.

According to him, once the studies are completed it will guide us on how to go about this whole process.

"Currently we are only carrying out emergency measures to ensure that in case of flooding, the impact is not severe." He added

Ms. Evelyn Mugume, the Senior Environmental Officer for Kasese Municipality noted that under an emergency response program for river bank management and restoration for River Nyamwamba program, up to 24 kilometers out of the 30 catchment area have been restored.

‘’Nine community groups have been also trained in soil and water conservation and 12 demonstration gardens have been set up.’’ She noted.