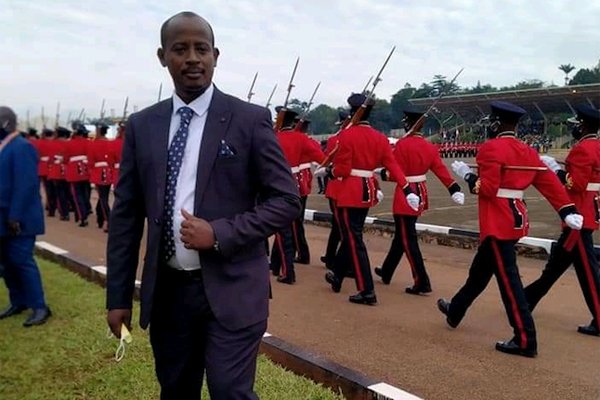 The Court of Appeal has set aside a decision by the Mubende High Court Judge Eve Luswata that had nullified the Election of Museveni William as the validly elected MP for Buwekula South Constituency.

Three justices led by Justice Elizabeth Musoke have now upheld the victory of Museveni and declared him as the validly elected area MP.

In October 2021, sitting Judge at Mubende High Court, Eve Luswata nullified the Election of Museveni William  for the Member of Parliament for Buwekula South County in Mubende District.

In her judgement,  justice Luswata ruled that Museveni's election  did not comply with the laws and principles governing the conduct of elections in Uganda,and that this affected the result in a substantial manner.

This is after his political rival  Tumwesigye Fred challenged the victory of Museveni on grounds that the Election was not free and fair and asked court for a by-Election.

Museveni was declared winner by the Electoral Commission after gathering 8,075 votes, while Tumwesigye who was the runner up gatgered w 7,479 votes in a race that attracted three candidates.

In his Election Petition, Tumwesigye accused Museveni and others of committing  electoral offences contrary to the Parliamentary Elections Act for which the Electoral commission was vicariously liable.

He further stated that there was lack of freedom and transparency, unfairness and failure to enforce the provisions of the Parliamentary Elections Act by the Electoral Commission.

And as a result, Justice Luswata found in favour of Tumwesigye and issued the orders and ordered for a by-Election, but being disastisfied,  Museveni and the Electoral commission Appealed against the said judgement in the court of Appeal.

However, the three justices of the Court of Appeal led by justice Elizabeth Musoke have set aside Justice Luswata's decision and upheld Museveni's Victory as the validly elected MP for Buwekula South Constituency.

They faulted follow trial judge of basing her decision on unpleaded matters and improperly admitted evidence.

"I find that the Respondent fell short on the onus upon him to establish the 'factual' evidence of his claims of non-compliance as against the Appellants,so as to shift the evidential burden to them to prove their compliance with applicable electoral laws." Justice Musoke ruled.

The  Justices noted that the evidential burden could not have shifted to the Museveni and EC in the absence of clear and concise pleadings of the nature of the claims against them.

They accused Tumwesigye of failling to discharge the burden of proof uponhimself to prove his case as pleaded to the required standard, and that this could couldn't  be permitted to succeed on a case that he did not plead.

"I would therefore allow this Appeal'reverse the judgment and orders of the Trial Court and uphold the SecondAppellant as the validly elected Member of Parliament for Buwekula SouthConstituency".