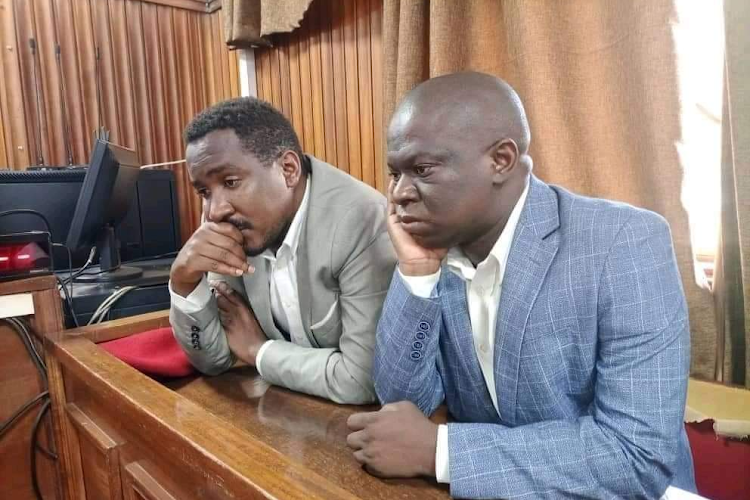 The MPs have been in prison without trial for the past nine months and had run to the Court of Appeal after the Masaka High Ciurt denied them bail on two occasions.

Howwver, three justices of the Court of Appeal concurred with the state and ruled that the two MPs had no Appeal before them.

The Judges have now ordered that all the files against the two MPs be consolidated into one file and send it to the principal Judge to set a date for trial.

However, the MP's Lawyers led by Samuel Muyizi have vowed to challenge the said rulling in the Constitutional Court mantaining that their Client's right to a bail is being violated.

According to Muyizi, the Constitution of Uganda guarantees the right to liberty and the right to a fair and  speedy trial, which the said courts have continued to violate by denying their clients bail.He faulted judges of being used by the state to deny bail to suspects especially those from the oppostion.

"The implication of the decison today shows that courts are permitted to indefinitely hold the accused persons at the whimsy of the state which is not the right postion of the law".Muyizi noted.

The MPs are charged with Murder,  terrorism and aiding terrorists in relation to the  Bijambiya murders in greater Masaka.

They had sought their temporary freedom on grounds that they were sick and in urgent medical treatment which specialised treatment can not be gotten at Kitalya government prison.

The MPs have also cloaked the mandatory six months without trial, which under the Constitution, gives them a right to be unconditionally released.

Many people speculate that their denial to bail, is in relation to president Museveni's orders to deny bail to any suspect charged with a capital offence including murder.