IGP Ochola Disclaims fraud by man claiming to be his brother 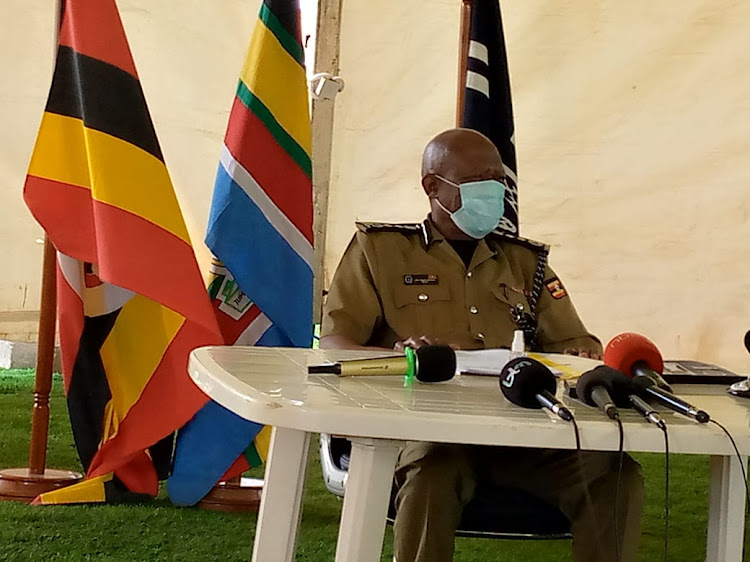 The Inspector General of Police, John Martins Okoth Ochola has distanced himself from claims that a man in Iganga was using his name to defraud members of the public.

Addressing journalists, Police spokesperson Fred Enanga said that  one Henry Isooba, the CEO for New Beginnings International Ministries contacted one Henry Olele an engineer in Iganga to help him construct a maternity ward for UGX 176 million but also made another agreement indicating UGX 75 million.

Enanga says that at first, Olele was paid UGX 35 million and after using the money , he left the site and on June,18 , 2022, when Isooba came to inspect the site , money  amounting to shs 150 million he had left in his vehicle was stolen by unknown persons.He says that Isooba suspected Olele to have stolen the money and consequently used UPDF soldiers to arrest him after claiming that he was using the IGP’s name to defraud the public.

Enanga says according to investigations, Isooba was making up the claim in order to cause the arrest of  Olele but noted that there is no relationship between him and the IGP.He said that whereas Henry comes from the same district of Tororo with IGP Ochola, the two are not in any way related, noting that it was wrong for some sections of the media to link his name in the fraud allegations.

Enanga also asked police commanders at all levels to avoid falling prey to criminals who would use the IGP’s name or any other government officials for their own selfish gains.

He noted that Isooba, the CEO of New Beginnings International Ministries is also being investigated over his plot to defraud donor money meant to construct a maternity ward by claiming it had been stolen from his vehicle.