Do Not Abandon the Elderly; Pope Francis tells young people 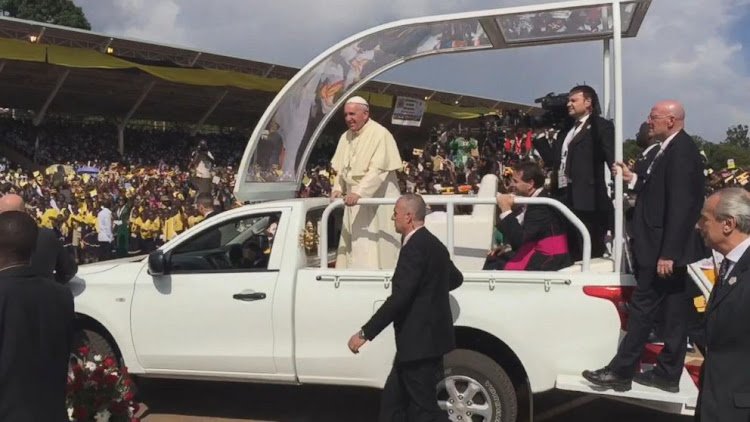 Pope Francis On his Visit to Uganda.
Image: Courtesy Photo

“In Old age they shall bear fruits” is the theme for this year’s day of Grandparents and the Elderly officially observed by the Catholic Church on the fourth Sunday of the month of July.

Pope Francis appealed to young people not to abandon the elderly during their old days saying growing older is a blessing from God.

According to the pope grandparents are also responsible for blossoming and maturing future generations and should be respected.

The Pope is now calling for an inter-generational relationship between the grandparents and their grandchildren, reminding us that we all have grandparents, those who are gone and others still alive.

This was contained in the Pope’s message to the Church read for him by the Parish Priest for Mulago Rev. Father Vincent Kafuuma during the Sunday service.

“Today we need to go back to grandparents, I would say so as a leitmotif in the sense that young people must have contact with their grandparents, go back to them, go back to their roots, not to stay there no, but to take them forward like the tree: which takes strength from the roots and carries it forward in the flowers in the fruit.”said the  Pope

He advised that those with grandparents who are still alive should always spare some time and visit them, talk to them and make them happy instead of abandoning them, or sending them away to the homes of the elderly.

He asked the world to pray for the children in Ukraine, South Sudan and Afghanistan whose lives have been disorganized by the wars there.

Pope Francis declared the day of the grandparents and elderly in 2021 because grandparents are usually forgotten.  This was the second time the day is being observed by the Catholic Church, and it is used to also remember Saints  Joachim and Anna the father and mother of Mary and grandparents of Jesus.

At the Mulago parish, the elderly and grandparents were hosted to a reception where they were served a sumptuous meal and were treated to  a session of music of  the olden days where many were encouraged to dance and swing around to forget for a moment that they were in the evenings of their lives.