Mao Praises DP Leaders for not Being Rumor Mongers 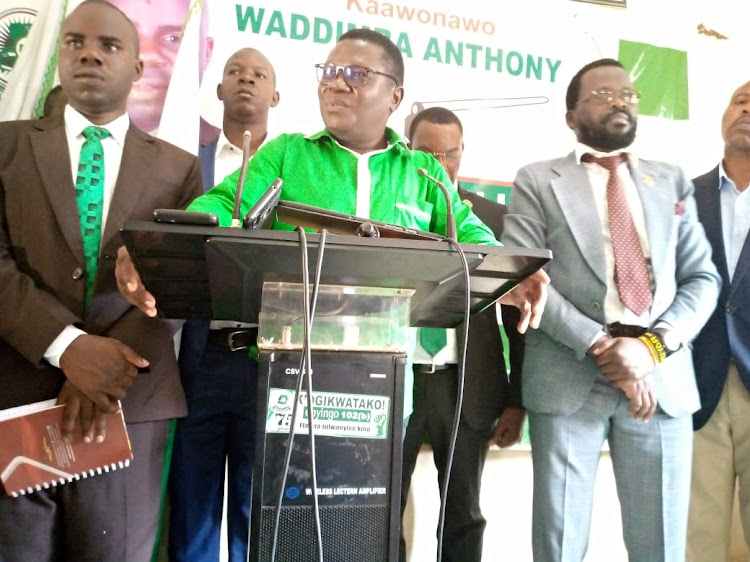 The newly appointed Minister of justice and constitutional affairs also Democratic party president Nobert Mao has praised top DP members for not being rumour mongers, because they knew about his plans to sign agreement with government one year ago.

Norbert Mao was recently appointed as the justice and Constitutional affairs following a cooperation agreement which he signed on behalf of the Democratic Party with the ruling NRM government.However, some of the party members have called for his resignation as the party president saying he cannot serve two parties with different interests.

Mao applauded party leaders including Secretary General Hon Gerald Siranda, chairman National treasury Maria Babirye Kabanda and Legal Adviser Luyimbazi Nalukoola among others who he said knew about his plans to sign an agreement with government one year back at Esera hotel after the 2021 general election and never leaked the information, noting that this shows they can ably keep secrets when DP takes government.

While addressing a news conference in Kampala, Mao noted that he was appointed minister in order to act as a bridge for a democratizing the country and also ensuring the peaceful transition of power through a national dialogue which brings all Ugandans together.

Mao insisted that he will be serving the interests of Ugandans for building a better Uganda.He further maintained that he will remain as the president general of the party even though he was recently appointed the minister of justice and constitutional affairs because his appointment as minister does not bar him from serving his party.

He also assured party members that, he is ready to explain to party members the truth about his cooperation with NRM in a bid to ensure they fully understand the agreement, noting that a meeting is set for August, 14, 2022 for members to discuss some important issues.

Mao says there is no way he can stop party members from showing their dismay because DP is for peace and justice so democracy has to prevail.He however advised party members and leaders to stop talking badly about his decision but rather join him to work for a peaceful transition of government in Uganda.

Relatedly Norbert Mao is in Entebbe state house for his swearing in as the Minister of Justice and constitutional affairs.