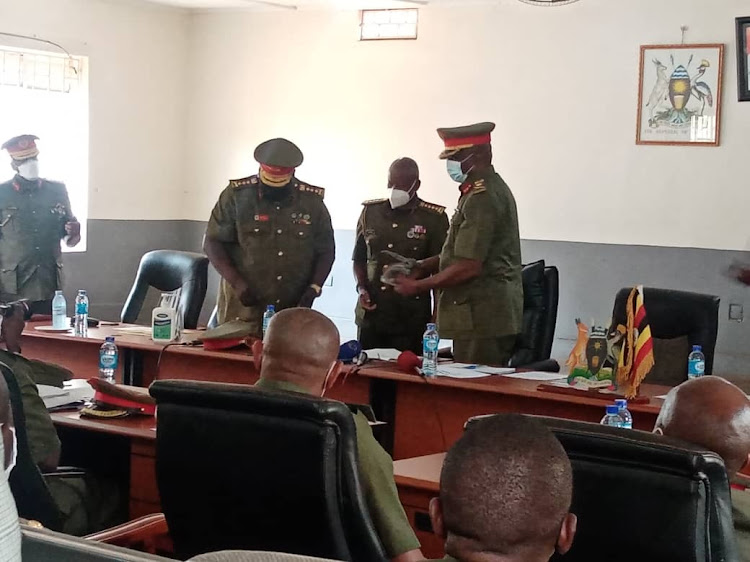 The newly appointed Chairman of the General Court Martial Brig. Gen Freeman Mugabe has taken office after being sworn in.

He received  the instruments of power including a gavel and court seal during the ceremony held at Makindye.

Gen.Mugabe replaces  Lt.Gen.Andrew Gutti who will be retiring soon after his six years in the said potion expired in June this year.

Gen.Gutti, meanwhile was honored  by the Uganda Peoples Defence forces for his role as the Army Court chair for two consecutive terms.

He revealed that he faced a lot of challenges in his delivery of justice during his six years  tenure.

The challenges included  interference by the civil Court,inadequate  facilitation  and prolonged  investigations.

Gutti attributed the said challenges to the ongoing case backlog with the army court, calling on his successor to address it immediately.

Speaking immediately after taking his oath, the new chairman pledged to deliver justice to all Ugandans irrespective of their differences.

However, all those cases remain pending with many NUP supporters still behind bars close to a year after being charged.