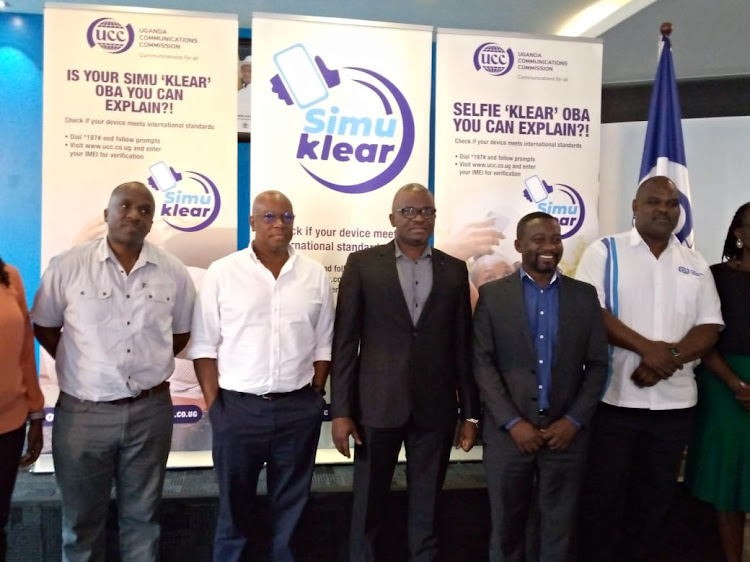 Fred Muwema the Director for Legal and Corporate Affairs at the Anti-Counterfeit Network Africa with UCC staff at the launch of the #SiimuKlear campaign.
Image: Robert Segawa

Uganda Communications Commission (UCC) has announced that it is set to switch off six million fake phones in the next six months.

Addressing journalists in Kampala, UCC director for corporate affairs, Fred Otunnu said that using the central equipment identifying register, that is operated by the regulator and operators, they are able to identify all phones connected on Ugandan networks and those that are fake will automatically be switched off. 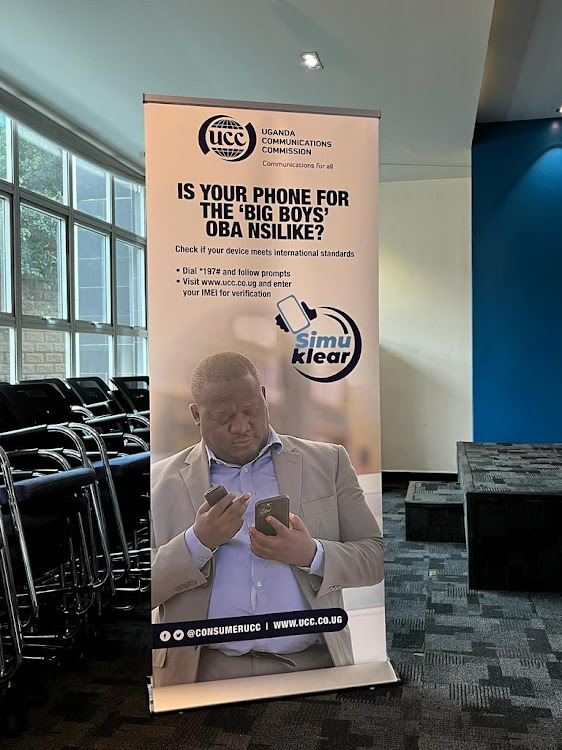 He said that they estimate the number of fake phones currently connected to the Ugandan networks are about six million devices that he said will have to be switched off.Otunnu says that in the past there were not able to implement this move because the public had not been sensitized about the same but noted that under the launch of “Simu Klear” campaign, they are going to sensitize both consumers and traders on how to detect fake phones and it will run for a period of six month.

We are doing this to ensure that we have mobile communication devices that meet certain standards and consumers ought to know ~ Ag. ED @FOtunnu @ConsumerUCC #SIMUKLEAR pic.twitter.com/ar7HtDRYGk

This way, traders will not import fake phones whereas consumers will also shun fake phones and this way, the Ugandan market will be rid of the counterfeit devices.Otunnu says that they have worked with Uganda Revenue Authority to ensure all phones that don’t meet the required standards are not allowed into the country and that those that are sneaked into the country will not be allowed onto the network automatically.

According to Fred Muwema, the Director for Legal and Corporate Affairs at the Anti-Counterfeit Network Africa, fake phones are a danger to the health of Ugandans, noting that the campaign to switch them off is long overdue.

He says that fake phones have led to the surge in cases of cancer in the country as well as loss of business and revenue by government.UCC says that for one to check whether their phone is fake or genuine, they have to dial *197*4# on all networks and follow prompts OR visit www.ucc.co.ug and enter your IMEI for verification.