Museveni Asks Scouts to Join efforts to Restore the Environment 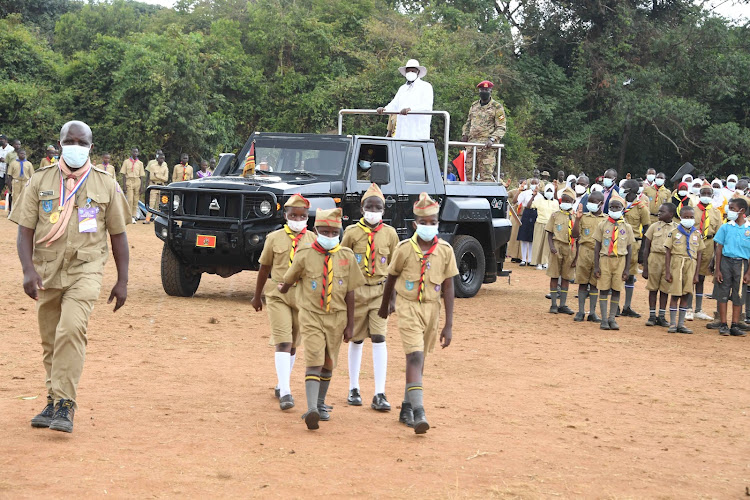 President Museveni officiated at the closing ceremony of the National Scouts Camp at the Kaazi camping site in Wakiso District.
Image: PPU

The government will soon share strategies for the restoration of the environment and natural resources following a spell of global climate challenges.

This was disclosed by President Museveni during the closing ceremony of the National Scouts Camp at the scouts’ home in Kaazi, Wakiso District.

President Museveni has consistently stresssed that over depending on rainfall and the degraded ecosystem is posed jeopardy to Uganda’s economy in the face of climate challenges.

Government efforts previously have ensured that the forestcover climbs to 13%.Notwithstanding, at least 4 million Ugandans live around wetlands and depend on them for food security.

At least 2873 scouts attended the 5 days camp, which recorded the youngest scout, a 17 months old Ssanyu Davina from Kamuli District.

39 of the scouts were awarded a wood badge which is the equivalent of thedegree level.The scouts participated in game competitions, parade organisation, talent and cultural shows, music, dance and drama.

President Museveni, also the patron of the Uganda Scouts Association tasked the scouts to take contextualize the issues of the people and seek ways to help.