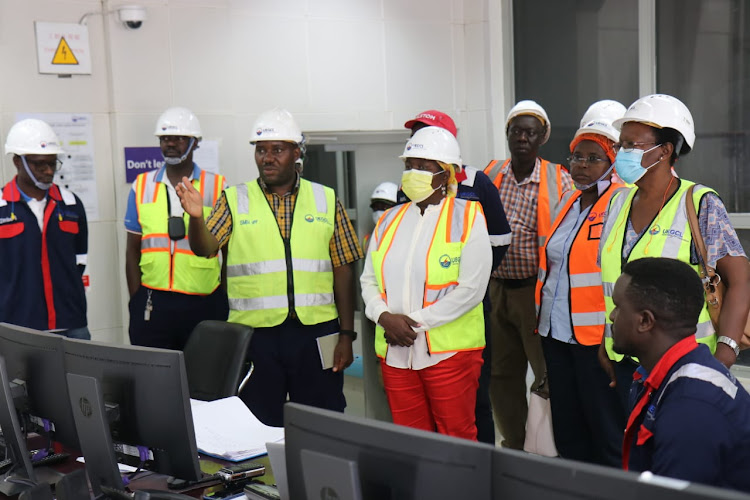 Engineers at Isimba dam have restored units 2 and 4 of turbines, enabling the plant to generate 91.4 megawatts of electricity. The engineers say since the flooding into the power plant happened on the 8th of this month, they have worked tirelessly to restore the plant, with unit 1 expected back on the grid by the end of today or tomorrow. The revelation came asthe Minister of Energy and Mineral Development,Hon. Dr. Ruth Nankabirwa Sentamu inspected the dam to assess the progress of restoration following the shutdown recently which raised public concern.

”There will be no load shedding attributed to the plant shut-down since sufficient power generation has been restored at Isimba HPP.The Minister added that, “it ought to be noted that Unit 3 is still under outage and hence only 3 units will be returned to full generation capacity by the end of the week giving us aviable 135 MW as was the state of production before the incident.”

This progress hence implies that the Government of Uganda, through its transmission company (UETCL) will no longer need to import electricity from Kenya. On the contrary,we shall be exporting 50 MW to Kenya as before.It also means, UETCL won’t need to access power from Namanve HFP and Kakira,which are emergency generators.