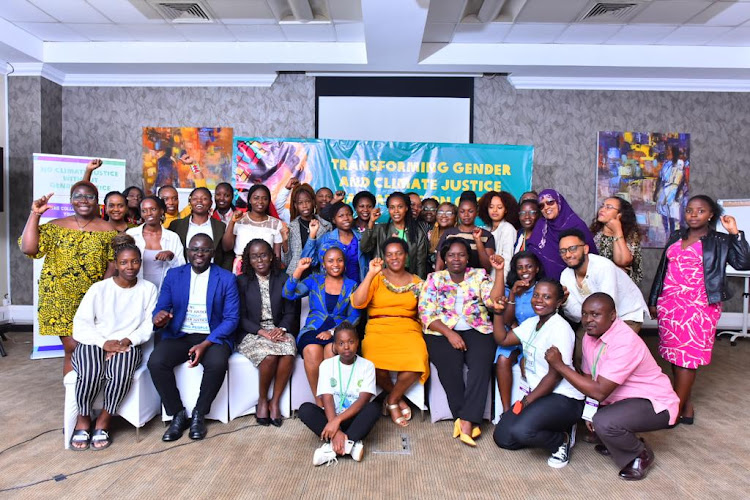 Africa accounts for the smallest share of global greenhouse gas emissions at just 3.8% but yet the most vulnerable to climate change and suffers the most devastating effects.

In a convening of Young Feminist Voices on climate justice held in Nsambya, Climate Change activists such as Uganda’s Vanessa Nakate, Elshaday Girima from Ethiopia, Patience Katusiime and Joella Sambo from DRC say a gender perspective with a focus on inclusion should be at the forefront of sustainable climate justice engagements for today and the future.

‘’We are working with communities to adopt their own models to address the impact of climate change towards improved livelihoods,’’ said Odokorach .S. Francis, the Country Director, Oxfam in Uganda.

He added that, ‘‘I am increasingly getting convinced that as I age, the next generation of Africans might achieve on issues that the past and present leaders could not towards the UN Climate Change Conference, COP 27, which will be held in Sharm El-Sheikh, Egypt in November 2022.’’

According to Vanessa Nakate climate change is more than a weather, more than numbers, data and stats but about people such as those in the Karamoja region suffering the adverse effects of a prolonged drought. ‘‘We need to put human face when strategizing about Climate Crisis,’’ she says.

In Kasese and Bududa floods are killing many whereas people in Karamoja are dying due to the long drought according to Patience Katusiime. She urges the leadership and local leaders to educate young mothers the importance of conserving the environment.

The Founder Green Ethiopia, Elshaday observed that, ‘‘African negotiators should demand climate justice from countries that have been causing damages. This is not begging, it is bargaining. This is not aid, it is justice.’’