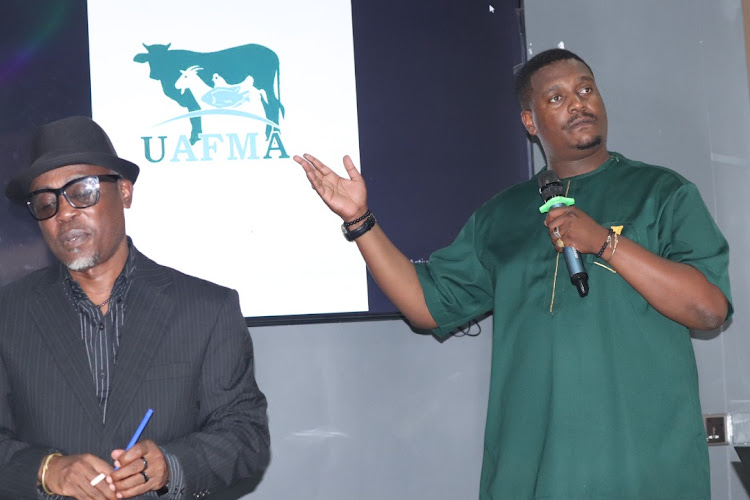 A group of animal feed manufacturers under their umbrella body, the Uganda Animal Feeds Manufacturers Association have welcomed the move by Uganda Revenue Authority to levy a 10% import duty on concentrate feeds.

Importers of poultry feeds recently said the 10% import duty will lead to increase in the price of animal and poultry feeds around the country.

In a meeting held at Fairway Hotel in Kampala, the animal feed manufacturers said the new tax will ensure local factories are able to produce the animal feeds that have in the past been imported into the country on the expense of the local manufacturers.

Aimable Mbarushimana, the operations director for Murwana J.Peter Stores Limited says that many manufacturers had been forced out of business because of the imported concentrate feeds yet the same can be produced locally and create jobs in the entire manufacturing chain.

He says currently, many farmers don’t have market for the produce including soya beans, sun flower and cotton seed because of the imported concentrate feeds whose quality he says cannot be regulated.

Mbarushimana says the Uganda Animal Feeds Manufacturers Association is not against the importers of concentrate feeds but rather wants them to also be subjected to taxes to ensure fair competition in the market.

Tony Gadhoke, the CEO for Mukwano Industries says local manufacturers have capacity to produce locally the concentrate feeds imported feeds, noting that this way the country will benefit in form of import substitution.

The manufacturers say they will tomorrow present their side of the story to the parliamentary committee on trade and industry. URA recently defended the move to levy the 10% import duty noting that in the past, importers were misclassifying and calling the concentrate feeds, premixes and not paying taxes for them.