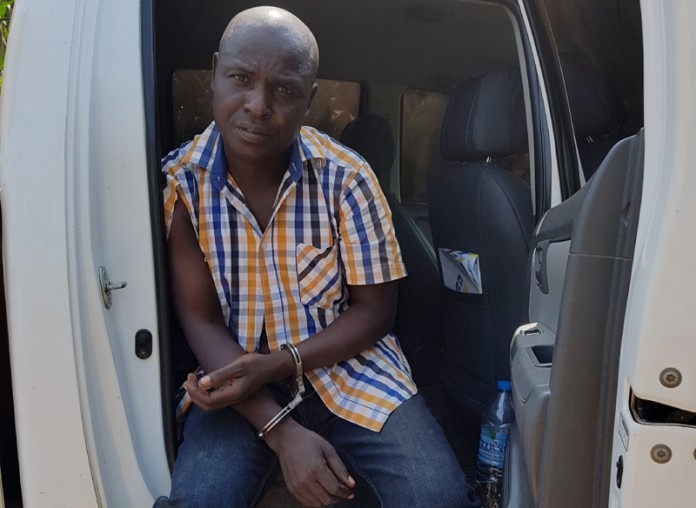 Rally driver   Ponsiano Rwakataka, has been sentenced to 18 months month after being convicted  on charges of malicious damage to property.

Mukono Court grade one magistrate Patience Koburungi, sentenced Rwakataka jointly with his cousin Ssekitoleko John  after convicting them on the overwhelming evidence adduced by the state  in which it was proved that the two maliciously damaged  the fence of Namanya Joseline and damaging the house of Mzee George William Kawooya, a 75 year old man.

Prosecution led evidence to prove that during the night of 22nd December 2018, at around 1:00am, Rwakataka took a group of people on a fuso lorry from Kampala to a village called Luanda at Seeta- Mukono, and instructed them to pull down the house of the complainant, and they complied.

In the course of the trial, all the accused persons absconded for a period of seven months and were put on warrant of arrest.

Prosecution later applied to proceed in their absence, and this was granted by the trial magistrate and  Rwakataka was then re-arrested on 13th September 2022 and remanded pending judgement.

Consequently, the accused persons applied for criminal revision at the High Court, challenging their trial in absentia, which application was dismissed.