Sodo, Kuteesa face off in court 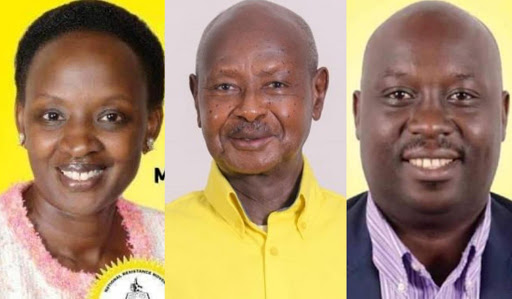 Two National Resistance movement rivals in the Mawogola -North MP race; Sodo Kaguta and Shartis Kuteesa Musherure have been allowed by the high court to each defend himself before Justice Musa Sekana on who is the rightful party candidate to hold the party flag for the said constituency.

The two have today reached a consent that Musherure Kuteesa a daughter to Sam Kutesa be added as a respondent on a petition filed by Sodo Kaguta also president Museveni's brother against his party NRM for refusing to announce him as it's official candidate for Mawaogola North constituency.

These are both standing as independents, however, Sodo hopes to have court declare him the NRM flag bearer, challenging the party's CEC decision to cancel his alleged victory and delaying its decision on his appeal which he states was given after the gazetted nomination dates for MP contestants by the Independent Electoral Commission .

Justice Sekaana says he will deliver his judgement on the 21st of this month via email.