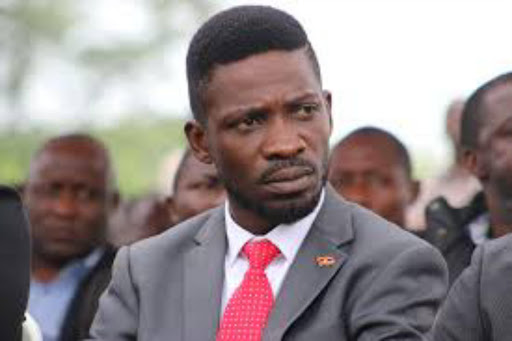 National Unity platform party president and former Presidential candidate in the concluded general elections says their decision to petition the supreme court to a null president Museveni's victory and order for a by election is not a wastage of time as some people might think.

Addressing the media this morning at his home in Magere about the petition filed on Monday, Robert Kyagulanyi said that just like they put Simon Byabakama the chairman of the electoral commission on spot, their move was also to hold the judiciary accountable for their actions when it comes respect to the rule of law .

Kyagulanyi who came second to incumbent President says that they know that president Museveni controls the judiciary and it's judges , but they want to show Ugandans that they are law abiding citizens and a group of people that pursued the last bit of law and that their hope is not in the courts of laws but in the people of Uganda.

He adds that despite knowing that Byabakama was biased, they had to participate in the concluded elections to put him to the test, and it is going to be the same thing with the judiciary.

Bobiwine says they are confident in every evidence they submitted in their petition because , Ugandans watched and witnessed everything live as it happened during the campaigns, and after, and that if the judiciary is independent, then it should rule in their favor and stand on the side of justice.

Bobiwine has retaliated that their plan B is one and it is removing the alleged dictator and that despite being many and young, they do not believe in violence and will only use peaceful means to gain power