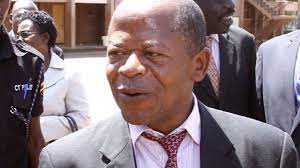 NUPs  Ssekitoleko, a former Campaign manager to minister Muyingo,  says that the minister is hiding behind a one Christopher Mutyaba, a bodaboda rider and voter to challenge his victory indirectly.

Ssekitoleko has sked Court to dismiss the said Petition if Justice is to be served.

He claims that he genuinely and lawfully won the said Elections,  but the minister through the petitioner is fabricating lies against him and his victory including staging people who come outside the County to accuse him of Electoral Mal practices.

According to Ssekitoleko,  he won the said Elections before even the 14th of January, since he trumped against all odds including people telling him that it was not possible for him to stand against his former boss,  yet he did beat him, declared winner and finally sworn in as the validly elected MP.

He claims that majority of the 500 signatures collected are not voters from his Constituency and that they have  evidence to prove that they come from other areas including Mukono, Wakiso and Kampala among others.

The Judge has set her ruling on Notice.

Ssekitoleko defeated Minister Muyingo with 27,850 votes against Muyingo's 24,463 votes in a race that attracted three other candidates.

However, minister Muyingo has in the past denied being behind the said petition.

The Petitioner, accuses Ssekitoleko of bribing voters and Electoral commission of failing to organise a free and fair Elections.