He is Charged with Murder.

He is jointly charged with a soldier. 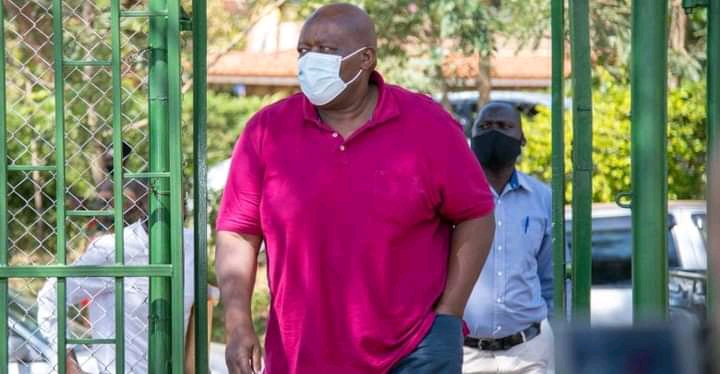 Prominent  Kampala Court Bailif Moses Kirunda who is charged with one count of murder has further been remanded to  to Kitalya government prison as investigations into the matter continue.

However, prosecution informed court that investigations are not complete and needed more time to have them concluded.

The magistrate then remanded him until the 6th of October 2021, when he will reappear again.

Kirunda was on the 16th of August Charged and remanded to Kitalya government prison after Court bared him from taking  any plea since he is charged with a capital offence that is only tried and bailed by the high court.

He is jointly charged with 50 year old  Maj. Nelson Marks, a soldier attached to CMI Headquarters in Mbuya who is being tried by the General Court Martial on the same charge.

Prosecution states that the two and others still at large on the 14th of July 2021, at Kitanzi zone, Lungujja, in Rubaga Divison found in Kampala district, with malice aforethought unlawfully caused the death of Mugwanya Magid.